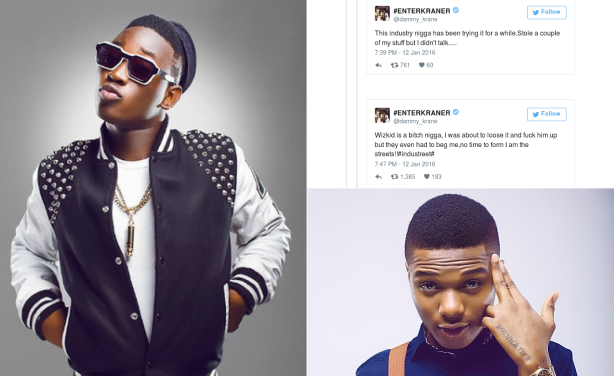 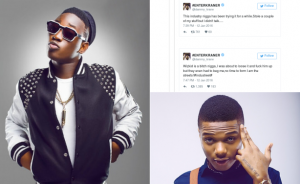 Drama on Twitter as Hypertek Entertainment artiste, Dammy Krane, accuses hip-hop star, Ayo Balogun a.k.a, Wizkid of stealing from him.

Krane who alleged in one of his tweets that Wizkid Stole a couple of his stuff said he was begged by his friends not to react.

See other tweets from Krane

Wizkid is a bitch nigga, I was about to loose it and fuck him up but they even had to beg me,no time to form I am the streets!!#industreet#

This industry nigga has been trying it for a while.Stole a couple of my stuff but I didn’t talk… ..

Meanwhile, fans of the two entertainers have started reacting to Krane’s allegations.