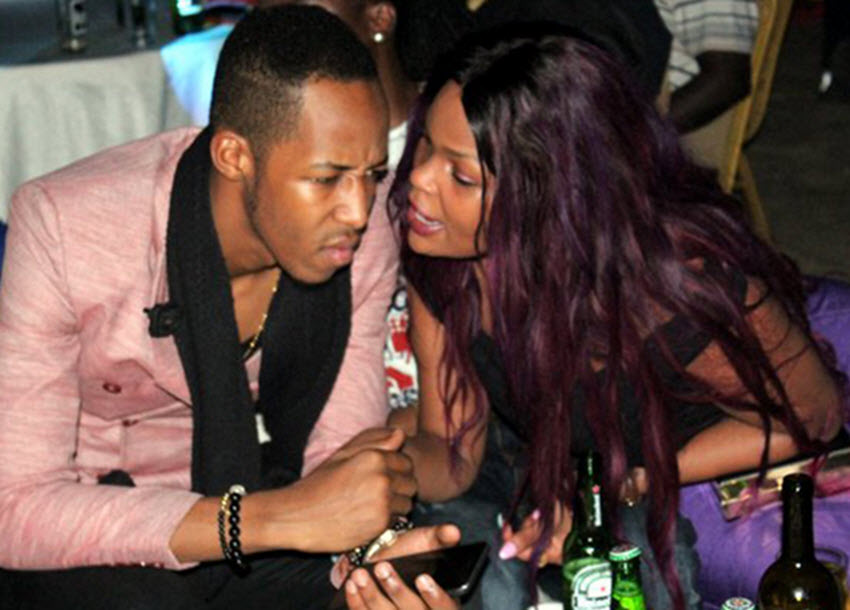 Top Tanzanian actress Wema Sepetu and her superstar boyfriend have been making headlines in recent months, especially after the former Miss Tanzania revealed that she had his bun in her oven.

The two celebrities have not been shy about their passionate romance, and because of this many were waiting to see what the couple would do on lovers’ day.

Idriss, who won Big Brother Africa Hotshots in 2014, surprised many when he took to social media to say that Wema should not sit at home and wait for him to declare his love on Valentine’s Day.

Idirss, who walked away with USD300,000 (Ksh 30,000,000) after being crowned the winner of the continental reality show, said he has many money-making plans in place – the first which is a reality show.

“You know when both of you in the relationship are celebrities, you have to do a several jobs to bring in cash. We have many projects, but the first is a reality show. The show will focus on various aspects of our lives,” said Idriss.

Wema and Idriss’ relationship made news in Tanzania after the two were spotted cozying up to each other by several tabloids. Wema, who is superstar Diamond Platnumz ex-flame, soon confirmed the relationship and its seriousness when she revealed that she was expecting his child.

The media buzz around the pregnancy was soon overshadowed by a revelation, made by a close friend, that she (Wema) may not be sure about the paternity of her child.

According to Tanzania’s Risasi newspaper, a popular member of parliament in the country could be responsible for the film star’s pregnancy. The news outlet claims the legislator has been funding Wema’s glamorous lifestyle in Dar es Salaam.

Wema’s friend, who sought anonymity, said that Sultan was also ‘chopping money’ on the Tanzanian beauty. The source went further to state that Wema had told both men that they were responsible for her pregnancy.

Shortly after these rumours, Idirss affirmed his love for Wema in a lengthy and emotional Instagram post where he called her his ‘wife’.

“I would move mountains and planets just to make you happy. I will protect you, love you, spoil you, fight with you, cook with you, watch movies together, drive at night for no reason, sit with you and just stare at the stars. You’re more than I ever asked for; you’re my everything. My Wife.”