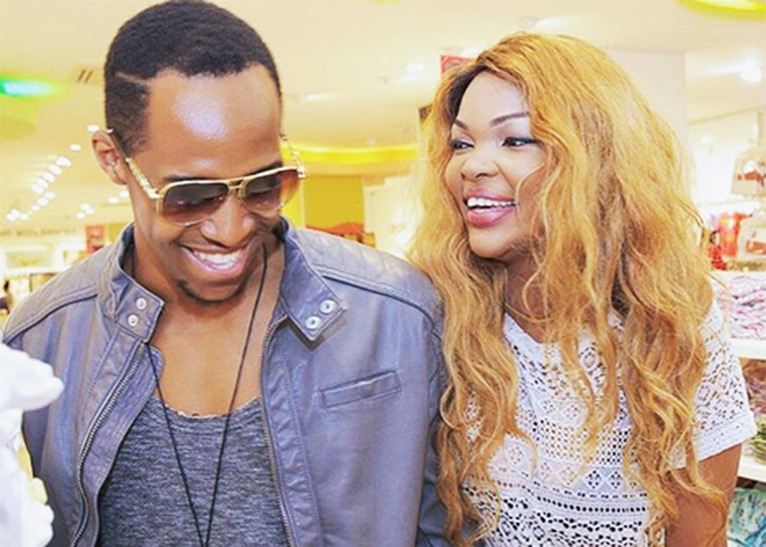 Tanzanian beauty queen and actress Wema Sepetu has reportedly split with her flame Idris Sultan. Cracks in the duo’s relationship began to show last year December when Wema suffered miscarriage.
Sources close to Wema Sepetu – better known as Madam – say the model dumped Idris Sultan after the Big Brother Big Shot refused to give her TSh 98 million (KSh 4.5 million) so that she secures the release of her impounded Range Rover Evoque 504.

Wema Sepetu’s top-of-the-range guzzler was impounded by Tanzania Revenue Authority (TRA) after it emerged that Wema had not paid customs duty on the vehicle when she acquired it.
TRA has since put the Range Rover Evoque on auction for TSh 200 million (KSh 9.3 million) as Madam is currently unable to raise that amount of money needed to secure its release.
Wema gifted herself with the venerable automobile last year September when she celebrated her 27th birthday.
“TSh 98 million (KSh 4.5 million) is what made Wema Sepetu to ditch Idris Sultan. You know TRA demanded that amount from Madam so that she can reclaim her vehicle (Range Rover Evoque 504) which was impounded by the authority when Wema evaded paying customs duty upon importing it. She asked Idris to help her raise the needed KSh 4.5 million, but the man declined. It is at that point that Wema decided to dump Idris,” a source told Amaninewspaper.
“Idris is broke. He has blown away all the money (KSh 23 million) that he won in Big Brother Africa Season 9. He is now unable to financially support Madam. Wema saw it wise to distance herself from him,” added the insider.
Early 2016, TRA impounded Wema Sepetu’s vehicle in Mbezi Beach in Dar es Salaam after the actress was unable to produce the custom clearance and other important documents that could prove compliance with the authority’s regulations.
Wema was given a grace period of one week to present the documents to TRA, but she couldn’t; hence forcing TRA to put the actress’s Range Rover on auction.
The source says another reason as to why Wema has dumped Idris is because she is fed up of him following her around and constantly nagging her.
Another contributing factor to the break up, according to the insider, is that Idris Sultan developed financial dependency on Wema Sepetu. The source says that Wema did not see any harm funding their hefty lifestyle in the beginning, but would later get tired of the habit; as there was no reciprocation.
And yet another reason given by the source is that Idris wanted to control how Wema spent her money – he even went to the extent of budgeting for her; something that did not go well with Madam.
Idris Sultan nonetheless has strongly dispelled the claims that he is broke, and has fell silent about the alleged break up.

Facebook
Twitter
Pinterest
WhatsApp
Previous article#MyAreavibe|With all the money, this is what Lupita Nyong’o doesn’t own.
Next article#MyAreaVibe | Is Diamond Platnumz using witchcraft? See what he had to say after a human skull model was found in his office.