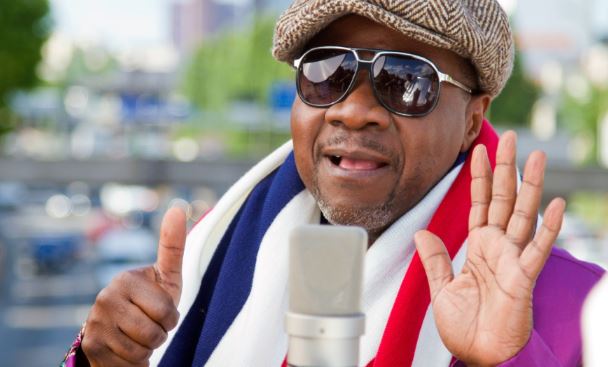 World famous Congolese Papa Wemba is dead.
The 66-year-old singer passed away during a live performance in Abdijan, Ivory Coast in the early hours of Sunday morning.
Footage shows Papa Wemba collapsing on stage as his dancers entertain the large crowd, oblivious of his condition.
Shortly after he slumps over, members of his crew rush to his rescue.
Media reports indicate that he passed on before he could receive medical attention.
His sudden death dealt a blow to his fans, and many took to Twitter to mourn the fallen musician, including notable musicians such as Kofi Olomide and Susana Owiyo calling him an inspiration.

Some fans took consolation that Papa Wemba died doing what he loved most. 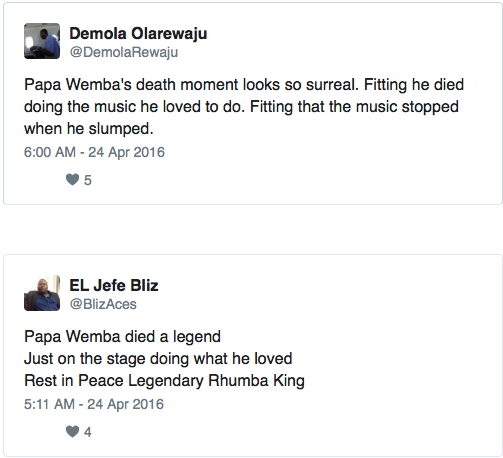 These sentiments were echoed my Congo’s Arts and Culture minister, Baudouin Banza Mukalay Nsungu.
“Papa Wemba is a golden voice, an artist who has established himself through his work. The proof is that he died on stage,” said Nsungu.

The King of Rumba Rock

Wemba, born Jules Shungu Wembadio Pene Kikumba, was born in 1949 and he kicked off his illustrious musical career in the late 1960s.
Working bands like Zaiko Langa Langa and later Viva La Musica, Wemba merged African instruments and western sounds to make music that resonated with masses on and off the continent.
His unique musical style and electric stage presence made Wemba an African musical legend.
While his musical craft was his most outstanding quality, Papa Wemba was also known for his flamboyant fashion sense.
So stylish was the maestro that he inspired a sub culture in Congo – the Sapeurs. He headed an organization called Society of Tastemakers and Elegant People, based in Kinshasa.
Upon hearing of his death, members were distraught.
“He is our papa. He was not only a musician. He taught us to dress properly, to be stylish,” said Eddy Kilonda, a young man on the verge of tears in Matonge, the district of Kinshasa where Papa Wemba began his career.