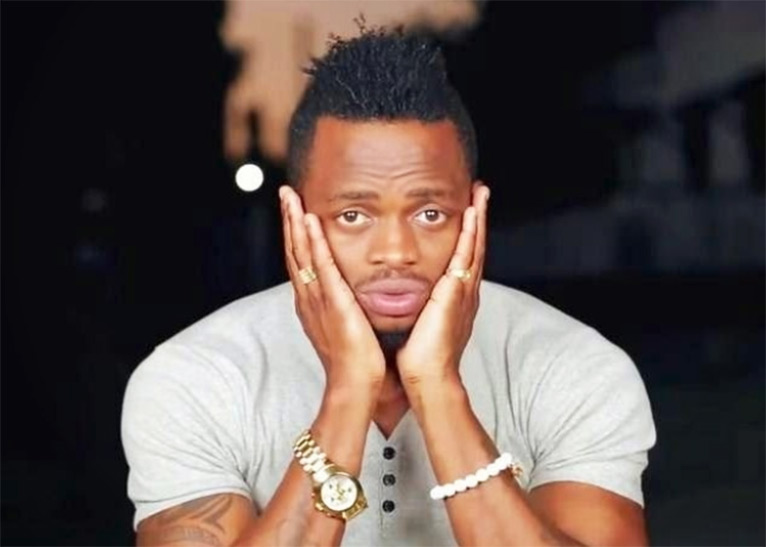 Armed police recently raided Tanzanian multi-award-winning artiste Diamond Platnumz’s house in Mivumoni Madale and disrupted a birthday party that was going on.
Diamond’s mother Sanura ‘Sandra’ Kassim was celebrating having turned a year older during the weekend.
According to sources who spoke to Risasi Mchanganyiko, heavy-hitter Diamond Platnumz has the habit of throwing “noisy” mega social events at his house, thus causing public disturbance.
Residents in the largely peaceful neighbourhood had lodged several complaints to authorities about loud music, indecent behaviour in public, abuse of drugs and closure of roads by the invited party attendees.
The outlet spoke to Mivumoni area chairman Deodatus Kamugisha who confirmed the raid by police – and revealed what prompted the action.
“I have been receiving complaints time and again from Diamond Platnumz’s neighbours about the singer’s regular rowdy celebrations. The complainants allege that the attendees of the parties comprise majorly the youth who during the get-together smoke bhang, block off roads, urinate by the roadside and engage in other offensive behaviour,” said Mr Kamugisha.
“The other day I was phoned by more than six residents who railed vehemently against loud music that was emanating from the singer’s house during a bash. I summoned him (Diamond Platnumz), but he ignored. I was forced to proceed to Wazo Police Station, where I reported the matter.
“A few police officers attached to the station were assigned the duty of restoring normalcy at Diamond Platnumz’s house. The armed officers did a splendid work! The law is clear about the music volume one can play at his or her residential place,” added Kamugisha.
Several neighbours who spoke to Risasi Mchanganyiko say it wasn’t Diamond’s first “loud” party.
“I abhor the noise that emanates from Diamond Platnumz’s house whenever he holds a party. Can’t we sleep – simply because Diamond is hosting his friends? There are function halls, hotel facilities… He can take those parties there. My house is nearly two kilometers away from his, but the music bothers me so bad! What of those neighbours who live a stone’s throw away from him? I am sure they are going through hell!” said a source who sought anonymity.
Diamond Platnumz is yet to respond to the reports.
Meanwhile, Diamond Platnumz has released a new song dubbed Kidogo that he features Nigeria’s dynamic duo P-Square.
The song that was uploaded on YouTube on Tuesday, July 12 has already garnered close to 300, 000 views on the platform.