The singer has collaborated with over 5 Nigerian artistes, with each strategically placed to guarantee him viewership and more fans.

Diamond Platnumz. That’s the name of East Africa’s pop champion who has found a way to make Nigeria pay attention and listen to his music. The Tanzanian native is enjoying great love from Nigerian fans, after conquering his region, and stealing his way into our hearts.
Naseeb Abdul Juma, born 2 October 1989, and popularly known by his stage name Diamond Platnumz (or simply Diamond), is a Bongo Flava recording artist and singer from Tanzania. He is best known for his hit song ‘Number One’. Diamond has won numerous awards at Channel O and the HiPipo Music Awards, and is considered influential among his fans, and is said to be the most loved and decorated Tanzanian artist at the moment. He was believed to be the highest selling Tanzanian artist of ringtones by mobile phone companies in 2013, as well as being among the artists earning the highest income in the African Great Lakes region’s music industry.
How did such an artiste with a strange sound penetrate Nigeria? Collaborations. The singer has collaborated with over 5 Nigerian artistes, with each strategically placed to guarantee him viewership and more fans.
Here are 6 of his collaborations.
1. ‘Number One’ remix featuring Davido

This partnership with OBO has been one of the most significant musical collaborations between West Africa and East Africa.

4. ‘Nana’ featuring Flavour
The award-winning artist features one of the finest acts on the continent Flavour Nabania on ‘Nana‘. 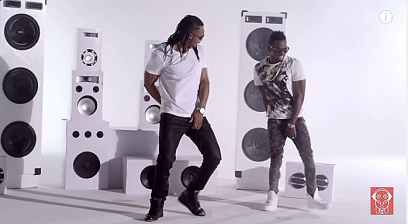 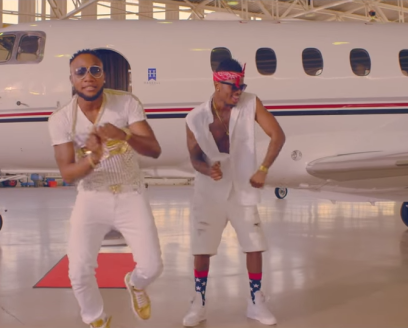 Diamond Platnumz features Psquare in a love themed groovy song titled ‘Kidogo’, made for the party rockers.
The song which was written back in early January 2015 was produced by Shirko from Tanzania, mixed by V-Teck from Nigeria and also got some touches by Producer Laizer from Wasafi Records Tanzania.
The video was shot in Johannesburg, South Africa by Godfather Productions.