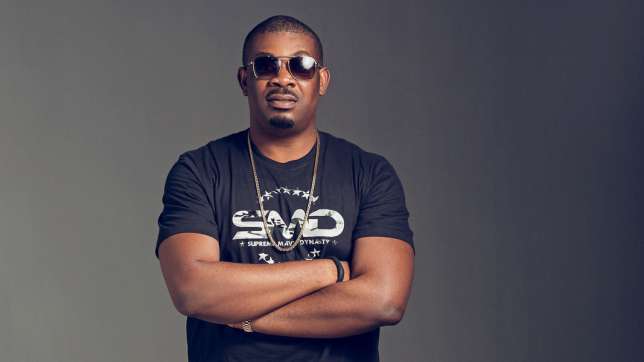 Below are eight popular celebs who never had the chance to wear that ‘dazzling’ graduation cap and gown.

Nowadays education is very important but not everyone is able to graduate from school due to family situations, busy schedules and various other reasons.
But, believe it or not there are people who can be successful without getting a Bsc, MSc or Secondary school leaving certificate.
Below are eight popular Nigerian celebrities who never had the chance to wear that ‘dazzling’ graduation cap and gown!

For someone who performed at school shows and parties, as well as other schools such as the University of Nigeria and Enugu State University of Science & Technology, 2Face never got to complete his education.
The crooner attended Saint Gabriel’s Secondary School in Makurdi, Benue State, enrolled at Institute of Management & Technology, Enugu (IMT), where he did his preliminary National Diploma course in Business Administration and Management and eventually dropped out to pursue his music career.
He was once quoted in an interview on Channels saying, “I got robbed sometime in school. All my audio cassettes that I recorded they took them. I was sad for like a year plus. I dropped out and I am like look I am not continuing this thing I am going to follow music. I actually confessed to my parents. I told them the truth that I am not going back to school. I am going to Lagos, Festac town. All this waka wey I dey talk so, na molue… staff, sometimes na fight we go fight. Them go pursue us from bus”.


Wizkid started singing at 11years as Lil Prinz, he released a track album entitled “Lil Prinz” in 2001. However, he started his music career fully with Banky W’s music group, Empire Mates Entertainment (EME) in 2009.
He once cited Naeto C and OJB Jezreel as one of the people who mentored and coached him while he was 15 years old.
You would have thought with all that going the ‘Ojuelegba’ crooner would pursue an education in music. Rather, he dropped out of Lead City University in his second year.
Anyways, he is making the money so nobody minds.

So, Genevieve’s father worked as an engineer and her mother a nursery teacher. She attended the Methodist Girls College, Yaba, Lagos gained admission into the University of Lagos and dropped out after getting her first role.
She has since gone on to be one of the best Nigerian actress’ and has been referred to as the Julia Roberts of Africa.

Indigenious singer, 9ice attended Abule Okuta Primary School and CMS Grammar School. He was studying law at the Lagos State University but for some reason dropped out to concentrate on music.
Funny enough, 9ice has added politics to his long lists of achievements.

Let’s not forget ‘Oliver Twist’ singer, D’banj who reportedly dropped out of school when he was in 300 Level while studying Mechanical Engineering!
Oladapo Daniel Oyebanjo is now a Nigerian singer-songwriter businessman and one of the leading musicians in Africa.
He has won several awards including the MAMA 2015 Evolution award.

Michael Collins Ajere aka Don Jazzy is a don in the Nigerian music industry.
The prolific music producer and C.E.O of Mavin Records dropped out of Ambrose Ali University, Ekpoma in his first year. No chill!
But it looks like things are working out for him regardless.

Mercy Johnson, currently one of the highest paid actresses in Nollywood never even made it past the Joint Admission Matriculation Board (JAMB) exams.
She once revealed she got into the Nigerian movie industry because she failed the university entrance exams (JAMB) several times.

Nouah grew up in Surulere, Lagos, where he attended Atara Primary School and Community Grammar School. He once revealed in an interview that he didn’t get a university degree.
Ramsey whose entire career is a huge success obtained a diploma at the University of Lagos, after which he pursued a career in acting.