#MyAreaVibe|EXCLUSIVE: What Diamond Platnumz said about Ali Kiba is unbelievable! 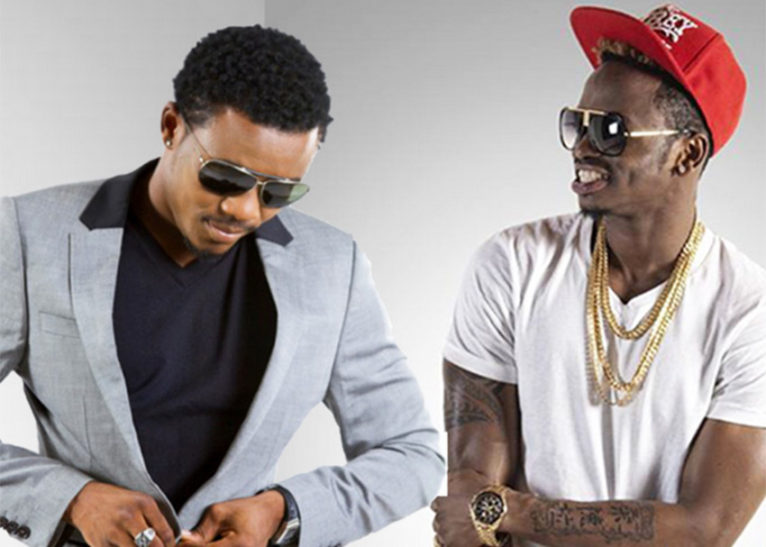 Diamond Platinum says he has no beef with Ali Kiba.

For nearly half a decade now, fans of the two music metronomes have differed sharply on social media with each camp claiming that their favorite artiste is better than the other.

In an exclusive interview with eDaily’sBrian Okoth, Diamond Platinum said he respects the effort his perceived nemesis Ali Kiba has put into music, thus he holds Kiba in high regards.

In July, 2016 Diamond Platinum paid respect to Ali Kiba by hanging a picture of Kiba on the wall of WCB Records premises.

Diamond Platinum’s manager Babu Tale even posted a video on his social media pages that showed pictures of some of the biggest artistes Platnumz respects – and Ali Kiba was one of them.

Other artistes who had their pictures ingrained on the walls include: Dully Sykes, Juma Nature, Mr Blue, Q Chief, and the late Bi Kidude among others.

Well, this writer asked Platinum why he hanged Kiba’s picture on the wall of WCB Records studios – just to get the gist from the horse’s mouth.

“I hang on my wall pictures of artistes that I respect. For me to do that, just know that particular artiste has put a lot of effort to reach the high levels of admiration he enjoys. People would talk about perceived beef, people would like artistes to fight – but I am not into it. I respect Kiba as an artiste, and that is why his photo rests on my wall,” said Diamond Platinum.

Ali Kiba on the other hand in May, 2016 requested his fans to vote for Diamond Platinum in all categories the Zigo star was nominated in BET 2016 that was held in June 26 – an act that many termed “an outright noble gesture.”

Kia was speaking on Planet Bongo Show on EATV.