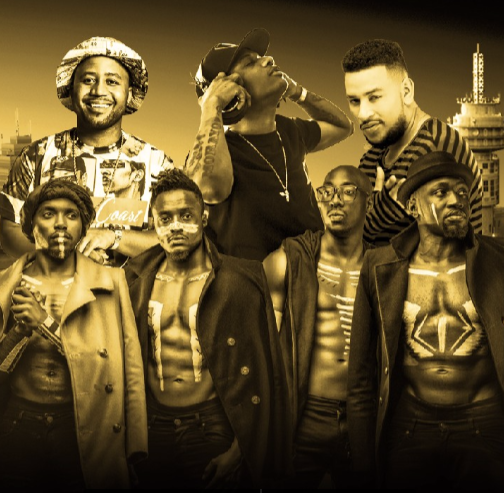 The Personality of the Year award also sees Whizkid in the line up head to head with power blogger Linda Ikeji and others.

Whizkid, Cassper Nyovest, AKA and Sauti Sol lead the pack in the first round of nominations for the forthcoming MTV Africa Music Awards Johannesburg 2016 (MAMA), with an impressive nine nominations between them.

At the front of the field is Nigerian star Wizkid with three nominations including nods in Best Male, Best Collaboration and Personality of the Year. Next in line with two nominations each are AKA (South Africa), Casper Nyovest (South Africa) and Sauti Sol (Kenya).

An epic battle of the bands is in store in the Best Group category where Ghana’s R2bees face off against Kenya’s Sauti Sol, South Africa’s Mi Casa, Navy Kenzo from Tanzania and Togolese duo, Toofan.

The second round of nominations, comprising seven additional award categories, including Artist of the Year, Best Female, Listener’s Choice, Best Breakthrough, Best Francophone, Song of the Year in partnership with Google, and Video of the Year, will be revealed at the Hard Rock Café, Lagos, Nigeria during Road to MAMA – Lagos 2016 (October 2,2016). No nominations will be revealed for the MTV Base Reimagined award, and MAMA Legend.

Best Collaboration in partnership with Absolute