#Myareavibe | All Scorpios Bash at The Phoenix Afro-Caribbean Night Club 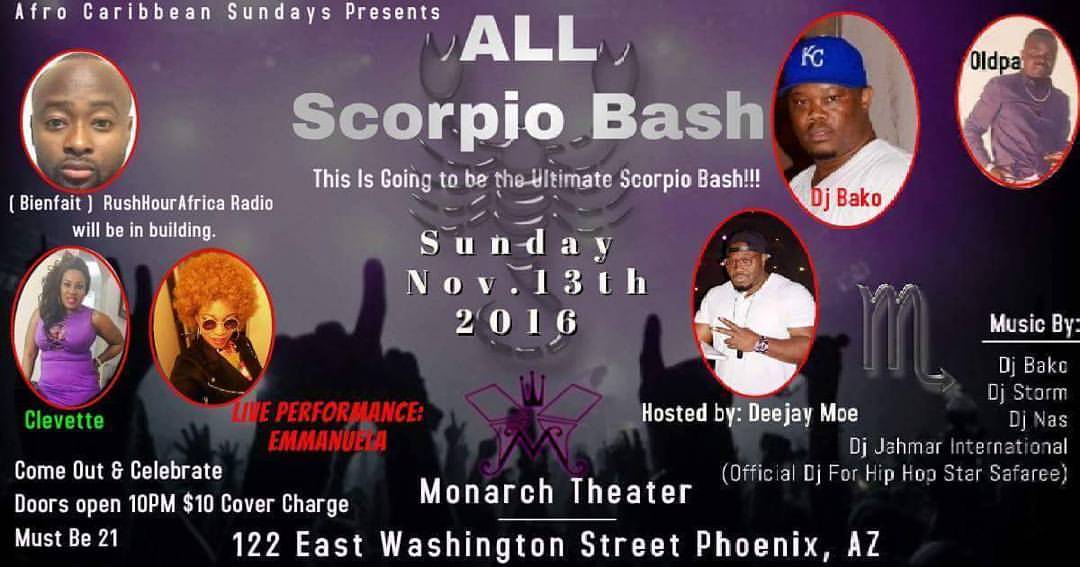 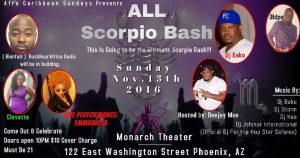 The most popular phoenix metropolitan Afro-Caribbean night club  Monarch Theater in downtown Phoenix hosting an ALL SCORPIO BASH this Sunday, Novermber 13th 2016. According to the house Dj the man himself DJ BAKO said this is going to be “the Ultimate Scorpio Bash that Phoenix ever experience.”

They will be celebrating four Birthdays in one night. The only people we know so far are Bienfait a host of a Radio show called Rush Hour Africa that airs every Saturday at 7PM MST on myareavibe.com, Clevette, Oldpa, and the man DJ Bako himself. In additional there will be a performance  by the Queen  Emmanuella the Togolese a singer from Togo you can learn more about her and her music by clicking here.

The Bash is hosted by DeeJay Moe and it feature some  heavy DJ name such as Dj Bako, DJ Storm, DJ Nas and DJ Jahmar International (Official DJ for Hip Hop Star Safaree)

Myreavibe Team will be in the building this night so make sure you pull up as well so we can TURN UP.:)