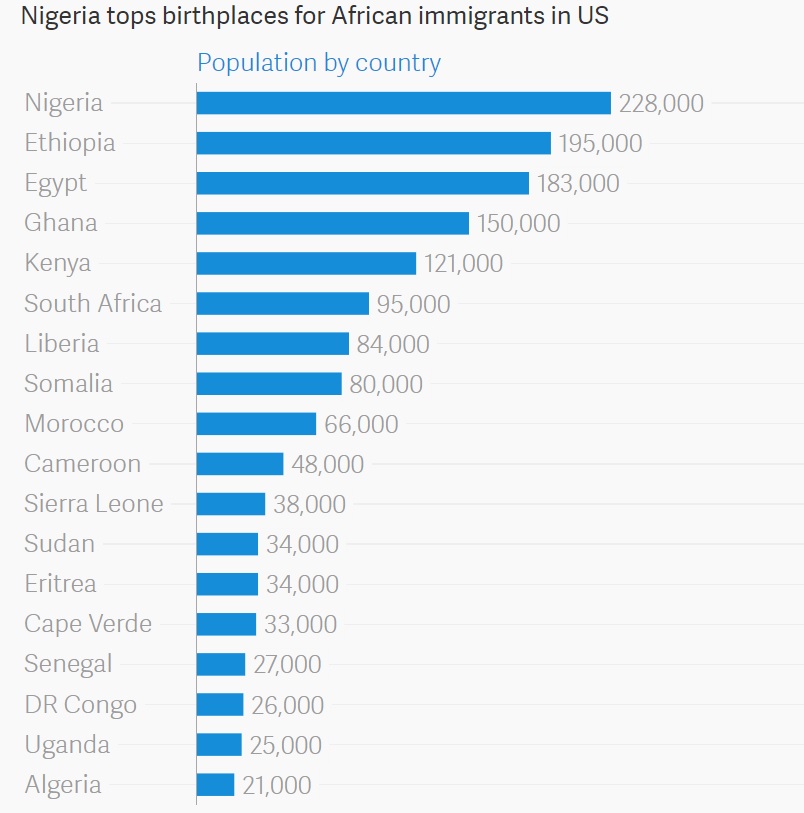 Americans weren’t the only ones who aspired to the American dream. Africans did too. For decades, many across the continent have looked to America, with its promise of opportunity and success for hope.

Young Africans grew up hearing tales of relatives who had moved across the Atlantic with meager resources but, enabled by welcoming and tolerant immigrant policies and years of hard work, had achieved success.

Despite Trump’s generic and disparaging views of immigrants, Nigerians-Americans, the largest African immigrant group, are among the most educated groups in America with nearly two-thirds holding college degrees and higher levels of education have brought with it higher household incomes.African immigrants in fact outperform most other ethnic/racial groups in general as Bloomberg writes: