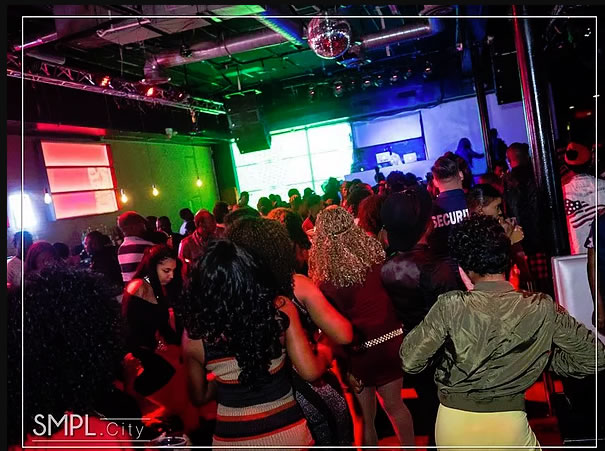 For the past two years it’s been Afro Caribbean Sundays, at The Monarch Theater (Downtown Phoenix).Coined the Valley’s only exclusive night for “African & Caribbean fun,” this weekly event is the latest collaborative effort by B Jr Bako aka “Dj Bako” and Eric “DJ Storm” Gouvide of the MWDJs Group.

A concept originally started by Kenyan Female Promoter, Rebekah Wangusi, this duo has stepped up to take the city’s only international night worth talking about to the next level. From themed parties to celebrity appearances and guest performers they are doing it all.

“I guess they wanted to do something really big for the African and Caribbean community, because everyone has shown so much support with the last endeavor, Afro Night at the FuFu Cuisine which got shut down after a series of fights broke out every weekend.” said a source.

According to another source close to the duo, “people in the community just wanted somewhere to party besides the usual baby showers, weddings and traditional parties…why can’t we have a night for us where we can listen and dance to our music like all the other groups here in Phoenix?”

The MWDJ team has also expressed that they are opened to new ideas and concepts and have recently been working with local DJs, Promoters and local artists in the Arizona state. Among them, the city’s very own first international female DJ/Promoter and Owner and Founder of Black Staliet Productions, DJ Lady Staliet who recently had an event featured as part of Afro Caribbean Sundays Night.

“If it wasn’t for Afro Caribbean Sundays, my work as a promoter in the African & Caribbean scene would not have been known for what it is right now…Turnt!,” Staliet said, adding that it has been one of the coolest opportunities she has encountered so far. “The networking was so crazy and it allowed me to work with other DJs and artists in my city.” According to DJ Staliet, the response to her last event, the Bad And Bougie party was definitely a positive and most likely wouldn’t be her last at the Monarch Theatre.

“It’s all about teamwork, and I see that from those guys,” Staliet said

The recent addition of DJ Fab to the lineup has taken the party to the next level.

“Another reason why our night has been so successful is that we play good music period,” DJ Bako said. “These guys and gal are some of the best African DJs in the state. Bako says. ”The majority of the music played at our night is for the people that come out. We mix our sets up. You can hear Afrobeats, Traditional African, Reggae, Dancehall, Soca, Latin with some Hip Hop you name it. The number one goal is to make sure everyone in the building is having a good time.

For more information, including future theme parties, special guests artists and opportunities to get involved, go ahead and follow Afro Caribbean Sundays on Facebook at facebook.com/ClubMonarch

Facebook
Twitter
Pinterest
WhatsApp
Previous articleMyarea360 Show | Do you believe a bride should wear a white dress on her wedding day [Podcast]
Next articleDid your parents influence your work career path or did you create your own? [Podcast]