Home CELEBS Hot News Sports| The Wait Is Over: Didier drogba will play on Saturday for...
CELEBSHot NewsSoccersports

Sports| The Wait Is Over: Didier drogba will play on Saturday for the first time in Phoenix Rising Jersey 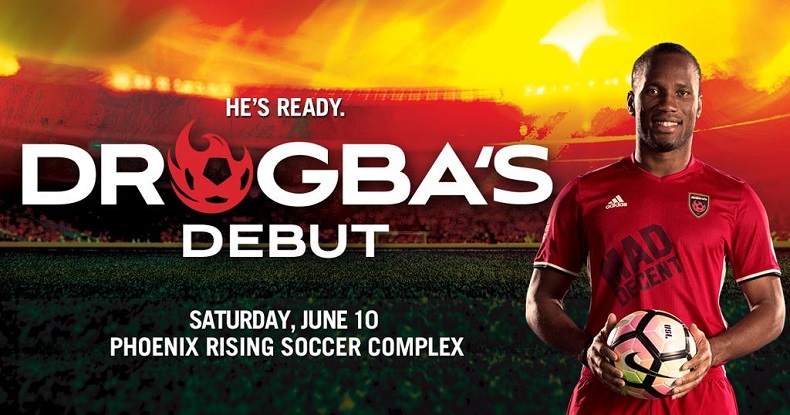 According to the note posted on twitter (screenshot below) by the team, Didier Drogba, the Ivorian football player who is country’s all-time leader in goals , will step onto the field for the first time in Phoenix Rising Jersey.

Drogba, the 39-year-old soccer legend best known for his work at London’s Chelsea FC, signed to come to Phoenix’s USL side in April. He plans to transition into an ownership role.

The Rising will take on Vancouver Whitecaps FC 2 in Drogba’s debut –  tickets are on sale here.