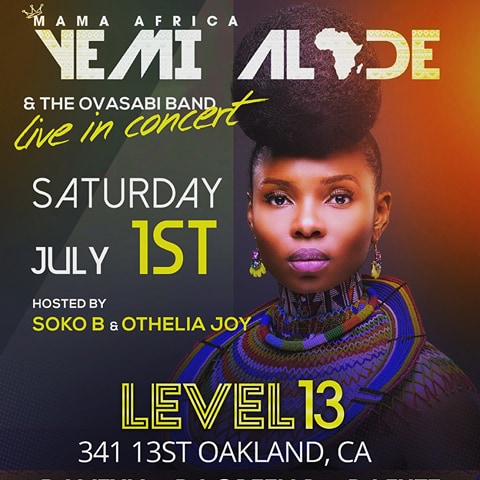 One of Nigeria’s and Africa’s TOP female artist YEMI ALADE and The Oversabi Band will be performing  live in Oakland, California. Alade, who came on the Nigerian music scene after winning a singing talent show, had a rewarding 2016. Her second album, Mama Africa, won Best Album (World Beat) at the 15th edition of the Independent Music Awards, which took place at the Lincoln Center for the Performing Arts in New York. She was named Best Female Act at the 2016 MAMA awards, which she co-hosted.