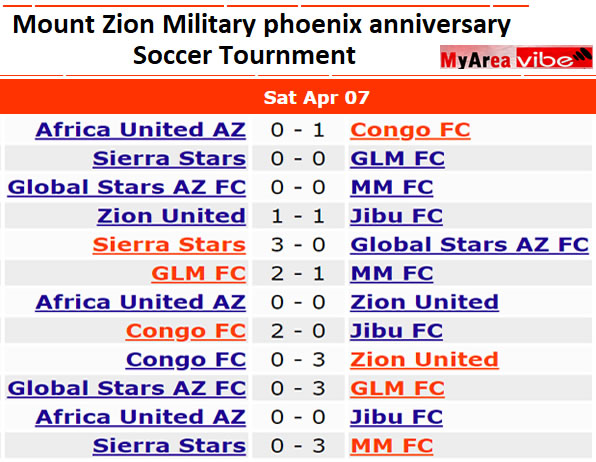 The event was fun even if there were some scheduling issues . Teams represented by different cultures showed their endurance in the field competing for the first place.

The results of the tournament are now here. The overall standings for the first round tops GLM Soccer Club as group B winner and MM FC as Group B runner-up.

In group A, the Congolese FC takes the first place of the group. Following the winner is Zion Utd as runner-up of group A.