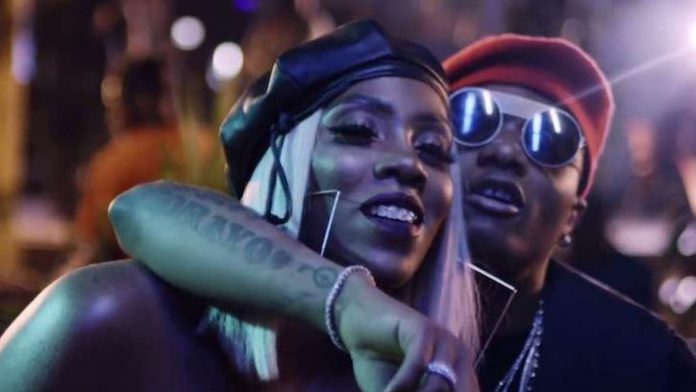 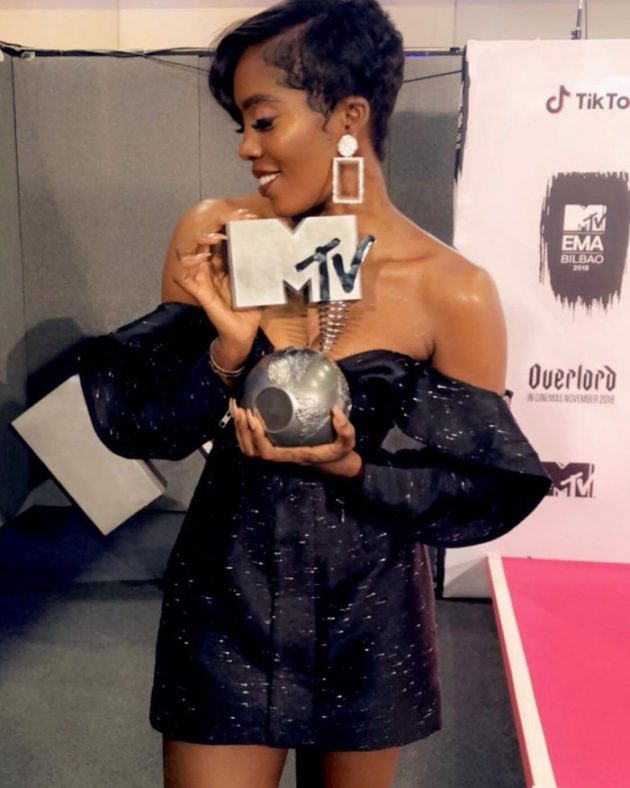 Number one African bad girl Tiwa Savage has brought home yet another award, but this time it is the Best African Award which held on Sunday, 4th of November at Bilbao Spain. There were amazing performances from American rapper, Nicki Minaj and many more.

Tiwa Savage was nominated for the MTV EMA for the first time which is different from Davido who was nominated and won in 2017. Other singers nominated in this category include: Davido, Fally Ipupa, Distruction Boyz, Shekhinahd and Nyashinski. Read more

Facebook
Twitter
Pinterest
WhatsApp
Previous articleFamily auction ‘virgin bride’ on Facebook selling her to a businessman for 500 cows, three luxury cars and £7,500 before she is dubbed ‘the most expensive woman in South Sudan’ By Reuters
Next article#IdibalaChallenge Goes Global, People Are Fainting Everywhere!