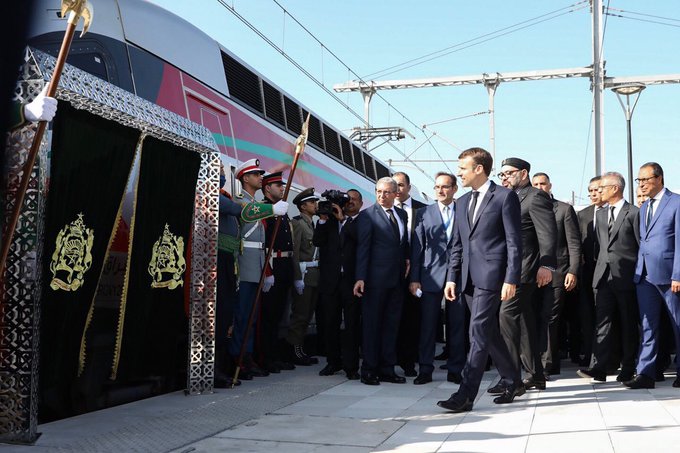 Tangier — HM King Mohammed VI and President of the French Republic, H.E. Emmanuel Macron, inaugurated, Thursday in Tangier, the “Al BORAQ” High Speed Train linking the cities of Tangier and Casablanca, a new project of its kind in the Maghreb and throughout the African continent, which has mobilized investments of around 22.9 billion dirhams.

Upon their arrival at the new Tangier-City station, the two Heads of State reviewed a detachment of the Royal Guard that made the honors, and were then greeted by the minister of Equipment, Transport, Logistics and Water, the secretary of State to the minister of Equipment, Transport, Logistics and Water, the representatives of the Arab Funds, of Abu Dhabi, Kuwait and Saudi Arabia which contributed to the achievement of the project, the members of the official delegation accompanying President Emmanuel Macron, the heads of French companies that participated in the completion of this project, and the director of the national railways Office as well as its managers.

Afterwards, HM the King and the French President went to the station ticket office where two authentic tickets were given to the two Heads of State as a symbolic gesture. Read more