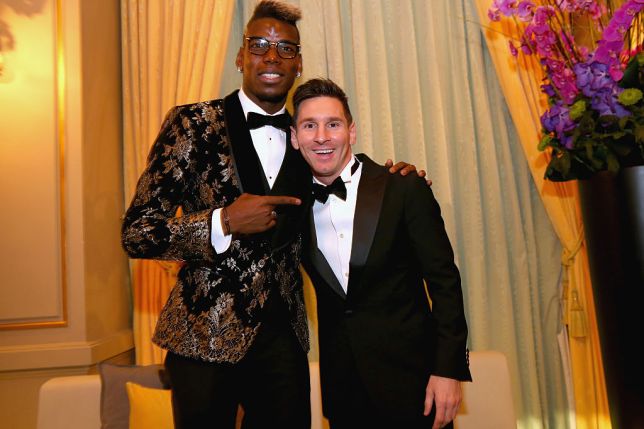 While France were losing to the Netherlands on Friday night, Manchester United midfielder Paul Pogba was spotted deep in conversation with Barcelona star Lionel Messi.

The Frenchman missed United’s last match before the international break, a 3-1 defeat against rivals City, due to a small injury and was subsequently excluded from Les Bleus’ latest squad.

He has used the time off to holiday in Dubai, where he happened to bump into Messi and his wife at Salt Bae’s Turkish steak house.

The pair posed for pictures and spoke for a long time together, with Pogba showing his talent for languages by conversing in fluent Spanish.

Rather brilliantly, one of the topics of conversation was France’s chant for N’Golo Kante – which includes the line, ‘He stopped Leo Messi’ – which Messi laughed out loud at before gesturing and saying, ‘That’s a lie!’ Read more