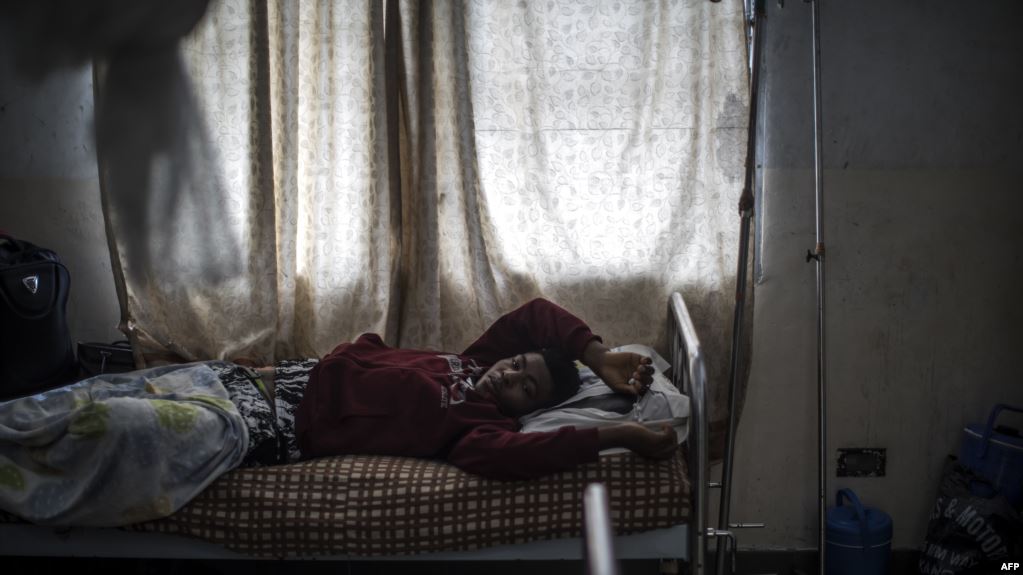 Cameroon medical doctors say they are overwhelmed with patients as many of their colleagues seek better pay and working conditions elsewhere.

A two day old baby boy cries as his mother watches helplessly outside Santé Pour Tous, a private hospital in Cameroon’s economic capital, Douala. Francine Tamenang said she has not slept since a traditional birth attendant helped her deliver the baby.

She said she wants to see the doctor because she has not got money to pay for an injection the nurse says will save the life of the baby she delivered at home. She said the doctor has not even cared to examine the baby, but is instead promising to negotiate with the pharmacist to see if the price of the drug could be reduced.

Cameroon has a population of nearly 25 million people, who have been joined by 350,000 refugees fleeing the carnage in the neighboring Central African Republic and about 100,000 Nigerians escaping Boko Haram terrorism. The country also has 300,000 people internally displaced by Boko Haram conflicts in the north and the separatist crisis in its English speaking regions.

Central African refugee Emeline Boganda said she lost her best friend at a Cameroon government health center in Betare Oya because of negligence by the hospital staff.

She said she brought her friend Mariam to the health center and no one attended to her until she died. She said she has a strong feeling that if the nurses and doctors paid just a little attention, Mariam’s life could have been saved. She said she does not know what hospitals are for if not to save lives.

The vice chairman of Cameroon’s National Order of Doctors, Tetani Ekwe, said the health and humanitarian needs of the displaced and refugees increase by the day, yet the doctor-patient ratio stands at one doctor per 50,000 inhabitants in rural areas instead of the one doctor per 10,000 inhabitants recommended by the World Health Organization. He said in towns like Douala and Yaounde, the doctor-patient ratio does meet the WHO standard. Read more