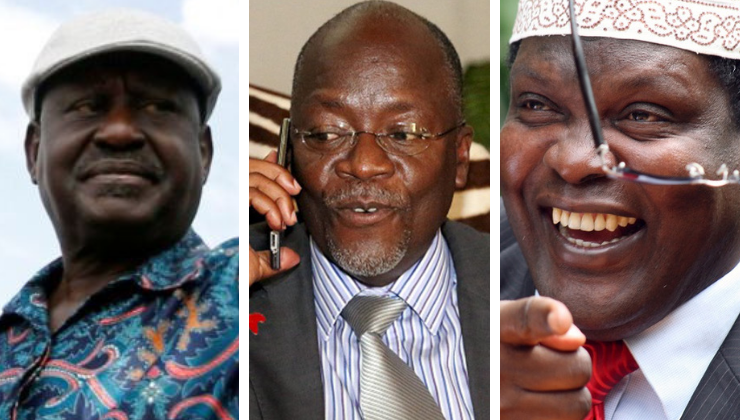 President John Pombe Magufuli allegedly declined to have opposition leader Raila Odinga sworn in as the ‘People’s President’ at the Kenyan embassy in Tanzania.

This is according to controversial Kenyan-Canadian lawyer Miguna Miguna who made the revelation in his newly released book titled ‘Treason: The Case Against Tyrants & Renegades.’

Miguna, in the book, purportedly lifts the lid on behind-the-scene discussions that preceded the January 30, 2018 swearing-in ceremony of Mr. Odinga as the ‘People’s President’ at Uhuru Park, Nairobi.

He narrates how the National Revolutionary Movement of Kenya (NRM-Ke) committee had proposed that, if it was impossible to swear in Mr. Odinga at a public venue in Nairobi, “then we could do it at a Kenyan Embassy in Ghana or Tanzania.”

The self-declared NRM-Ke General, however, notes that when Mr. Odinga asked Siaya Senator James Orengo to speak to President Magufuli about the possibility of holding the ceremony in Tanzania, he (Magufuli) declined and even opposed their swearing in plans.

“According to Orengo, Magufuli believed that leadership was ‘a gift from God’ and that if God had not given Raila that gift,there was no reason to pursue our plans and that Raila should forget about being sworn in as The People’s President,” reads an excerpt from the book. Read more