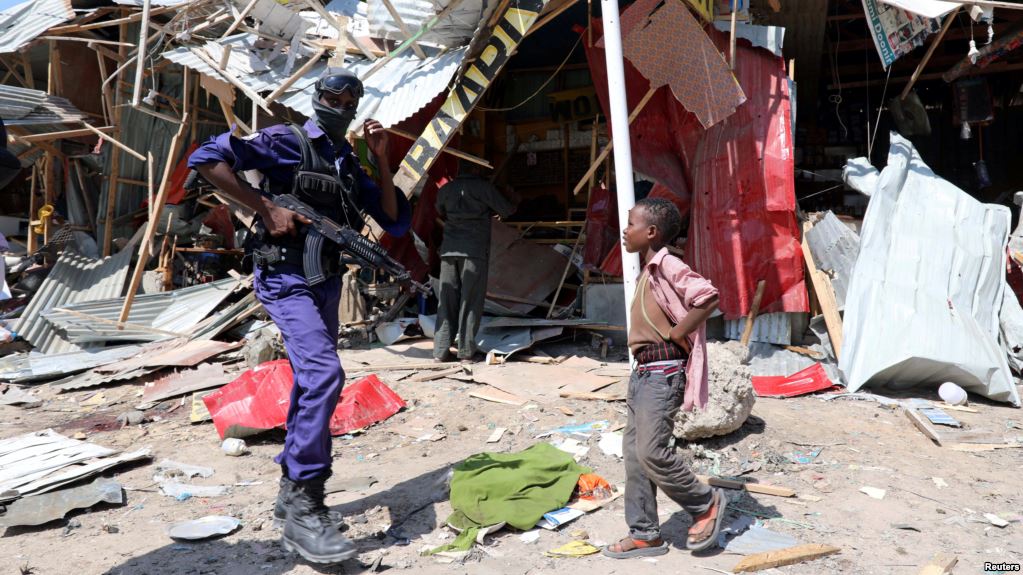 In the first incident, al-Shabab militants attacked the compound of a controversial cleric in the central Somalia town of Galkayo, killing him and at least 14 other people.

Residents in the town said they woke up Monday to huge explosions, followed by heavy, sustained gunfire at the compound in the southern half of the town.

Witnesses said a car bomb rammed into the gate followed by insurgents who stormed the compound.

The compound has been the headquarters of the Sufi cleric Sheikh Abdiweli Ali Elmi and his congregation.

Al-Shabab accused him of committing blasphemy last year and threatened to kill him after he posted controversial videos on YouTube. Religious leaders criticized him for posting videos that showed the cleric pointing to a picture some thought represented the Prophet Muhammad. He was also condemned for using music in his worship services. Read more