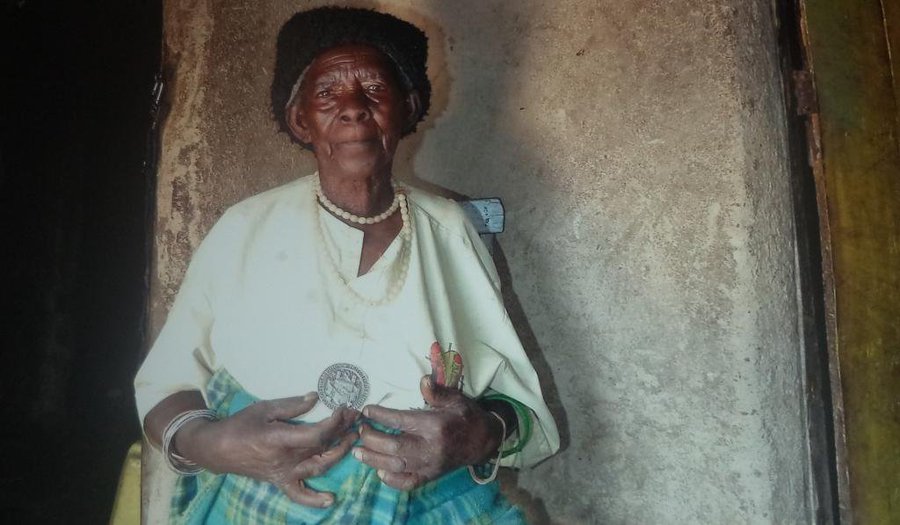 A Rwandan woman who saved the lives of more than 100 people during the 1994 genocide has died.

Zura Karuhimbi was reported to be 93, although some suggest she was more than 100 years old.

Her husband and several of her children were killed during the genocide but she deployed unusual methods to protect the sheltering civilians, most of whom were ethnic Tutsis, from Interahamwe militiamen.

When I visited her in April 2014, Zula Kaluhimbi showed me her Campaign against Genocide Medal she was awarded in 2006 for sheltering over 100 Tutsi during the Genocide. For her bravery, Zula had lost two of her children to the killers #RIP pic.twitter.com/7LqActmZLT

Mrs Karuhimbi, a Hutu, hid dozens of people in her mud walled home in Musamo village – among them babies rescued off the backs of their dead mothers.

She said militiamen had surrounded her home waiving their machetes and insisted on searching inside.

But she had her own weapon – her reputation as a traditional herbalist.

The Interahamwe were scared of the herbal concoctions and were convinced she could put a curse on them so they fled.