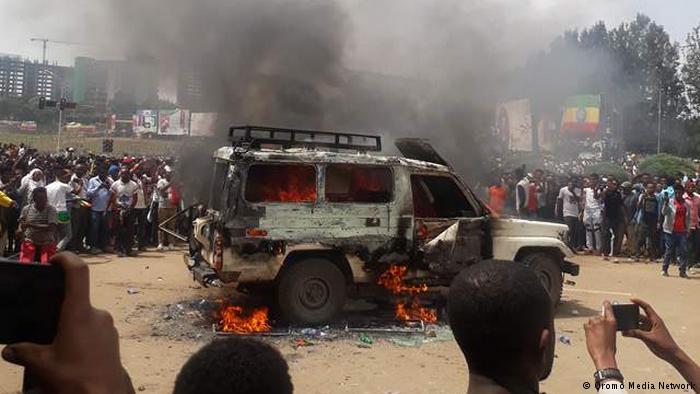 The bomb was detonated in the village of Toga close to the border between the regional states of Oromia and Benishangul Gumuz.

Benishangul Gumuz’s police commissioner has blamed the attack on rebels of the Oromo Liberation Front (OLF) – a group which recently signed a peace agreement with the Ethiopian government.

In recent months dozens of people in that area have been killed in clashes over long-running land disputes.

In September, four officials were shot dead as they returned from a peace conference aimed at ending the conflict.

The OLF has denied involvement in other recent attacks in the area.