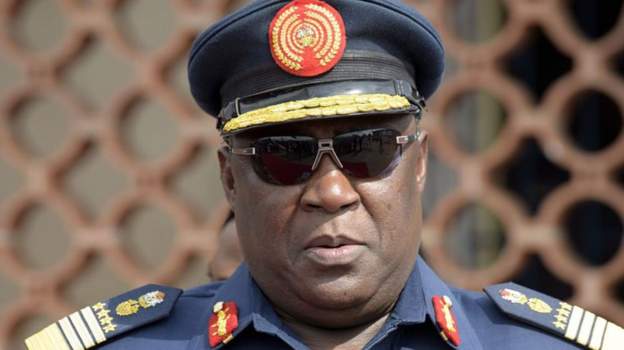 A former defence chief in Nigeria has been killed in an ambush outside the capital, Abuja.

Air Chief Marshal Alex Badeh died from gunshot wounds in an attack on his vehicle by unknown gunmen.

Air force spokesman Ibikunle Daramola said in a statement that Badeh’s vehicle “was attacked while returning from his farm along Abuja-Keffi Road”.

It is unclear whether it was a targeted or random killing.

Badeh served as chief of defence staff under former President Goodluck Jonathan, who stepped down in 2015, and was on trial for money-laundering – allegations he denied. Read More