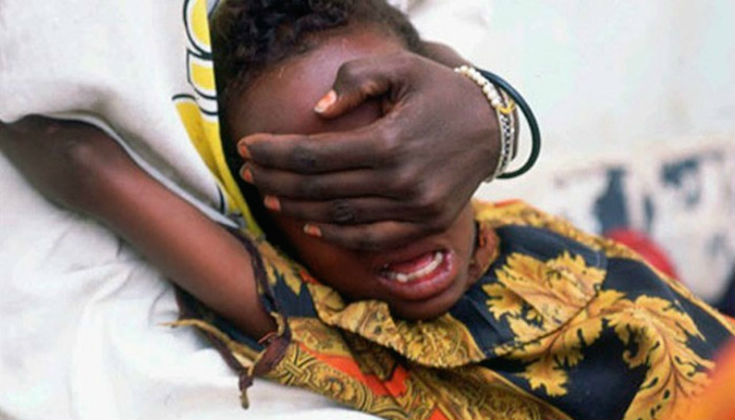 The girl was cut during an initiation at a secret women’s society in northern Sierra Leone, it says.

A woman in charge of initiations was arrested and investigations continue, police told the agency.

The case has sparked renewed calls for the practice to be banned in the West African country.

An activist told Reuters that 67 other girls were reported to have been circumcised during the initiation and were awaiting medical examination.

FGM typically involves the partial or total removal of the female genitalia and can cause serious health problems.

Nine in 10 women have been circumcised in Sierra Leone, according to UN data.

Sierra Leone is one of only a handful of African countries which has not outlawed FGM.