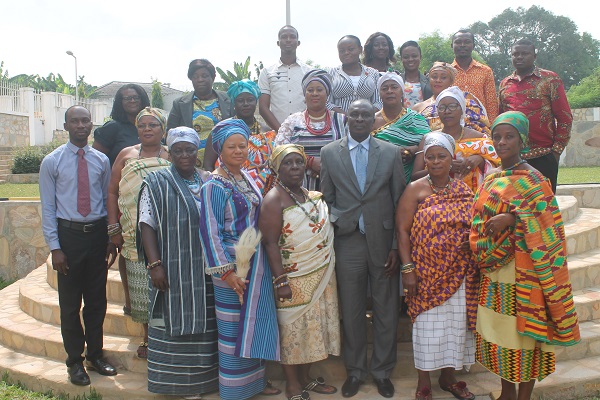 Ghanaian children aged between two and 14 years have suffered extreme physical or psychological punishment in their life, according to the Ghana Multiple Indicator Cluster Survey (MICS).

The report, conducted in 2011, found out that such punishments were often a means of discipline meted out by parents, guardians and other people in the household.

Senior Programmes Officer at the Department of Children at the Ministry of Gender, Children and Social Protection (MoGCSP), Christopher Lartey, who made the disclosure, said the report further noted that about half of all respondents in the research endorsed corporal punishment as a needed tool to discipline children.

He was speaking at a workshop for Paramount Queen mothers in Accra yesterday on the theme: “the role of queen mothers in promoting community justice for children.”

Organised by the Chieftaincy Ministry, the seminar was to recognise and rally the support of the traditional rulers in protecting the rights and privileges of children in their respective communities.

According to Mr. Lartey, poverty, negative influences from violent films and pornography, peer pressure, parental neglect and failure to provide for the basic needs of the children as well as drug and alcohol use were some of the factors that led to such abuses against children.

Though Ghana had developed a comprehensive legal framework on justice delivery for children, the Programmes Officer observed a disconnect between the law and its implementation particularly with regards to societal approaches to dealing with children.