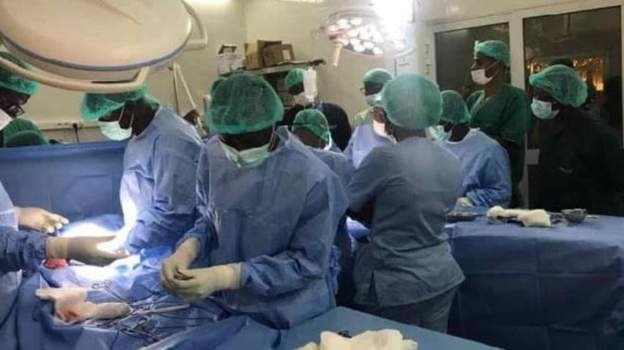 Sophia and Adja were joined by the sternum, sharing a part of the body called the pericardium, which is a sac that surrounds and protects the heart. The two-day-old infants were also joined at the liver.

“It’s an operation requiring great precision, that was carried out for the first time at Albert Royer following weeks of preparation,” the hospital said in a statement on Thursday.