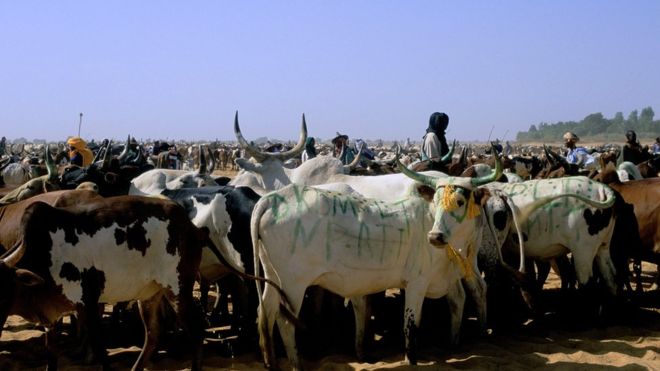 Armed men believed to be traditional hunters have killed at least 37 people in an attack on a village in central Mali, the country’s government says.

Many homes were burned in Koulogon village, in the central Mopti region, officials added.

The government has launched an investigation into the attack.

Last year, hundreds of people died in clashes between Dogon hunters and members of the largely nomadic Fula ethnic group.

The raid on Koulogon happened at about 05:00 GMT on Tuesday, a government statement said.

Fulani villager Allaye Yattara told AFP news agency he was outside the village with cattle when he heard shots. Read more