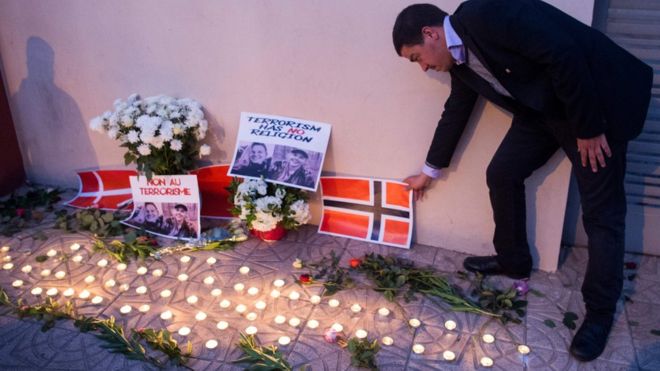 A dual Swiss-Spanish national has been arrested in Morocco for alleged involvement in the killings of two Scandinavian tourists.

The man, who has not been named, was detained in Marrakesh for allegedly trying to recruit Moroccans “to carry out terrorist plots”, a statement said.

Louisa Vesterager Jespersen, 24, from Denmark, and Maren Ueland, 28, from Norway, were murdered in December.

Their bodies were found in the High Atlas mountains near a tourist spot. Read more