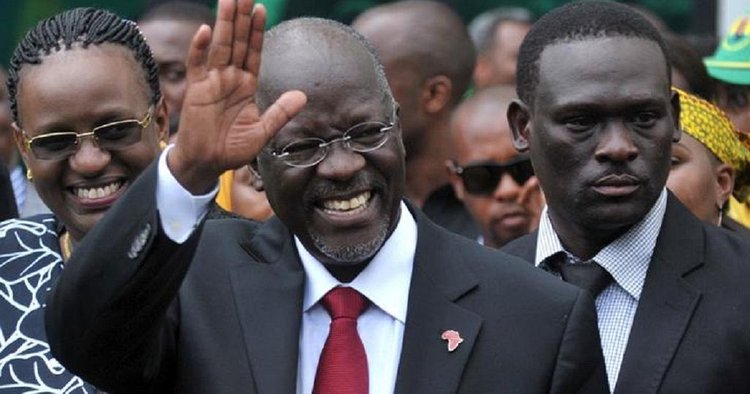 The country hosts around 300,000 refugees, mainly from Burundi and Democratic Republic of Congo, largely in three camps in the north-west of the country, according to the Norwegian Refugee Council.

Speaking in Dar es Salaam, Magufuli celebrated the signing of a contract to deliver 36,000 tons of maize to the UN World Food Program (WFP) for around $9.1 million.

“These funds are allocated to help our refugee friends from other countries in conflict, it is our duty to take advantage of them,” said Magufuli in Swahili, to laughter in the room.

“We must take advantage of their problems. They fight at home and we get the money.”

Magufuli, known for his sometimes abrupt and controversial statements, has earned some international respect by fighting internal corruption but global donors have raised concerns about human rights abuses.  Read More