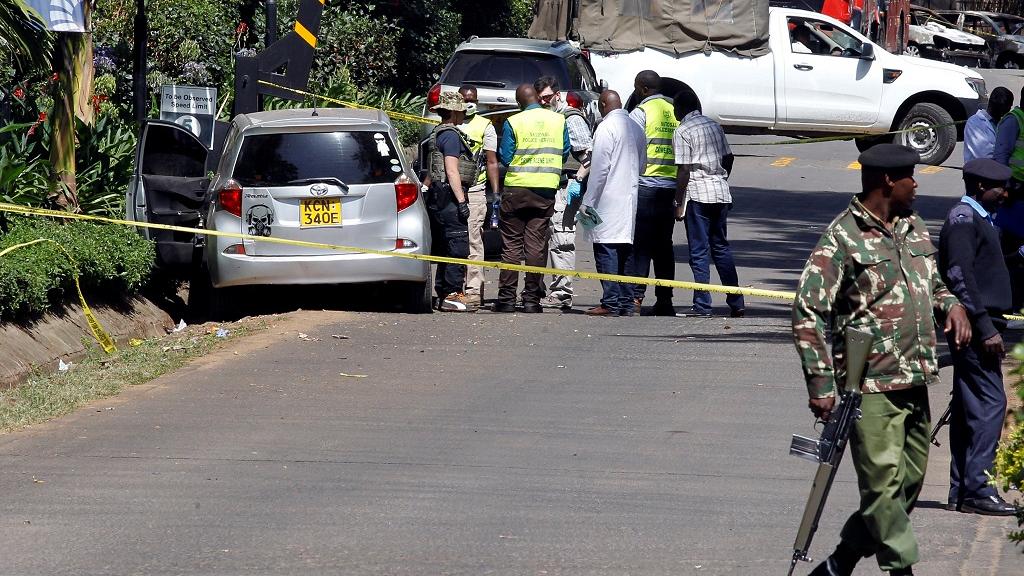 Investigators in Kenya are exploring the possibility that some of the militants who attacked a Nairobi hotel and office complex may not have been ethnic Somalis, stoking fears that militants are deepening their pools of recruitment in the region.

Officials have released few details about the five-man assault team that carried out Tuesday’s siege at the dusitD2 hotel complex, an attack that killed 21 people and was claimed by al Shabaab, a Somalia-based al Qaeda affiliate.

But police, private security sources and local media reports have highlighted the involvement of a 26-year-old suspect identified in court documents as Ali Salim Gichunge, who was born and raised in central Kenya, as evidence of the group’s lure to some people outside its traditional strongholds.

“The government needs to look at (Gichunge’s) profile. How did he get to where he is?” said a private security official in Kenya, who asked not to be identified for operational reasons.

“If al Shabaab can replicate this model, then there is a fundamental problem.”

All five assailants were killed in Tuesday’s attack, the country’s president said in a televised address the next morning. Police said on Friday they had detained nine other suspects in connection with the incident.

Five of the suspects, one of them listed as a Canadian citizen, were taken to a magistrate’s court and ordered detained for 30 days. Two were taxi drivers and one was a mobile phone financial services agent, court documents said.

The others have not appeared yet. They could have been released or they may be brought before a magistrate on Saturday. Police can hold suspects for 24 hours and need a court order to extend this.

An officer who was not authorized to discuss the investigation publicly also told Reuters police were pursuing a woman suspected of ferrying weapons to Nairobi from Kiunga, near the border with Somalia, via the port city of Mombasa.

There are multiple programmes aimed at preventing radicalisation in Kenya, but analysts say the efforts appear to be falling short. Those close to Gichunge said they were stunned when he appeared in CCTV footage of the attack toting an assault rifle and firing at a white car.

“I have a lot of questions that need answers just like everyone else,” said Gichunge’s sister, who was reached by phone in Mombasa. “I also saw him on TV, and we didn’t expect him to be there.”

The pair’s father is an officer in the Kenyan military, she told Reuters.

“It is inconceivable how the son of a military man can turn out to be a member of al Shabaab,” she said.

Although raised Muslim, Gichunge began his education at a Catholic mission school in his eastern home town of Isiolo before moving to the central region of Meru for high school, where he was bullied and beaten severely, she said.

Gichunge, who also used the alias Faruk, later secured work at an internet cafe in Isiolo.

“It all started there,” his sister said. “He was able to access new materials online, go to Facebook, he started studying Arabic language and all sorts of things.”

She said she lost contact with her brother when he moved to Lamu, on the Kenyan coast near the border with Somalia, in 2015.

“He was a very quiet guy,” a friend of Gichunge’s told Reuters, asking not to be named. “You would never have expected him to turn out like that.”

A police official and a private security professional who took part in rescue efforts at the complex said a man who blew himself up outside a restaurant was also believed to be a non-Somali.

A passerby heard him repeating “where are you?” in flawless Swahili, presumably into a phone, the security professional told Reuters. The language is used throughout Kenya but not in Somalia where most people speak Somali.

Al Shabaab, which is fighting to impose strict Islamic law, has in the past recruited some East Africans, including four Kenyans and three Ugandans who were charged in connection with a bombing in Uganda in 2010.

Rashid Abdi, Horn of Africa Project Director at the International Crisis Group, a Brussels-based think tank, said the group has been actively recruiting in the region.

“Al Shabaab remains an organization with its roots in Somalia but has evolved into a transnational, regional jihadi organisation,” he said.

Al Shabaab has launched several large-scale attacks on Kenya in recent years, including a 2013 assault on a shopping mall in the same neighbourhood as Tuesday’s attack. Kenya angered the group in 2011 by sending in forces to create a buffer zone along the countries’ shared border.

Sixteen Kenyans, including a policeman, an American survivor of the Sept. 11, 2001, al Qaeda attacks on the United States, and a British development worker were among the dead at the 14 Riverside Drive complex.