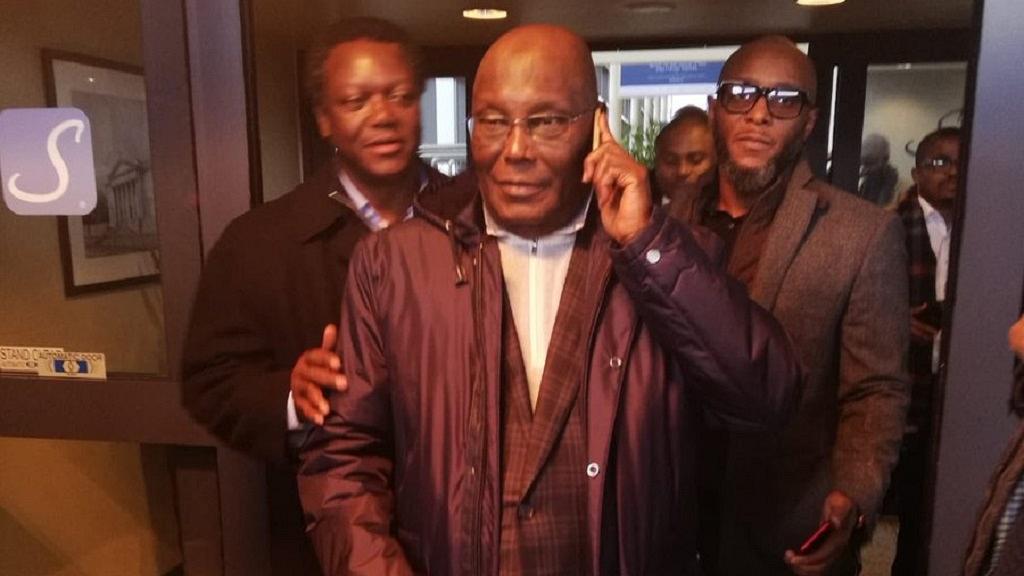 Atiku Abubakar, a former vice-president of Nigeria on Thursday flew to the United States of America for the first time in a long while.

His inability to travel to the US was reportedly due to a federal summons for his arrest in a corruption case that dates years back to when he was in government.

It is his first time in the US after twelve year visa ban, local media portals reported. He is due to address the US Chamber of Commerce reports indicate.

The issue has in recent months surface as a campaign issue ahead of February 16 presidential elections with incumbent Muhammadu Buhari vying for a second and final term.

Atiku who leads the main opposition Peoples Democratic Party, PDP, is seen as the main challenger to Buhari in a crowded field of over 70 aspirants.

He said in a tweet that he was in Washington D.C. to hold talks with US government officials and to engage with Nigerians living in the area as well as members of the business community.

A photo he shared on Twitter showed that in his entourage was the Senate president Bukola Saraki, who is the director of Atiku’s campaign. Both men till last year were allies of Buhari before defecting to the PDP.