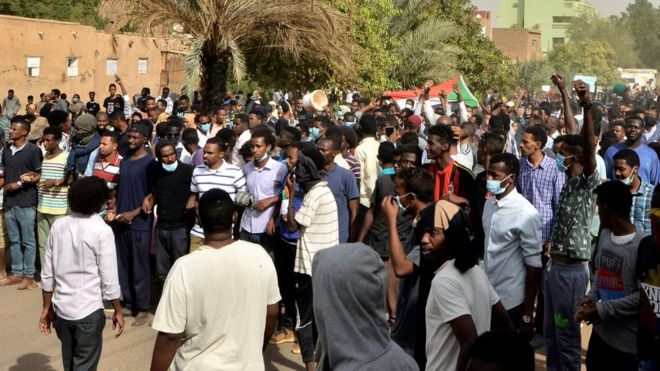 A doctor and a 16-year-old have been killed in Sudan amid demonstrations against President Omar al-Bashir.

Both were shot in the head by state forces who were firing directly on demonstrators, a member of the Sudan Doctors Syndicate told the BBC.

Nine other demonstrators were reportedly wounded in the clashes as protesters staged a sit-in at a hospital in the capital Khartoum.

It marks the fifth week of anti-government protests.

“Since the beginning, the security forces have responded with excessive use of power and with live ammunition,” Dr Amjed Farid said.

The doctor who died, Dr Babiker Abdulhemeed, had “over 14 live bullets in his body”, he added. Read more