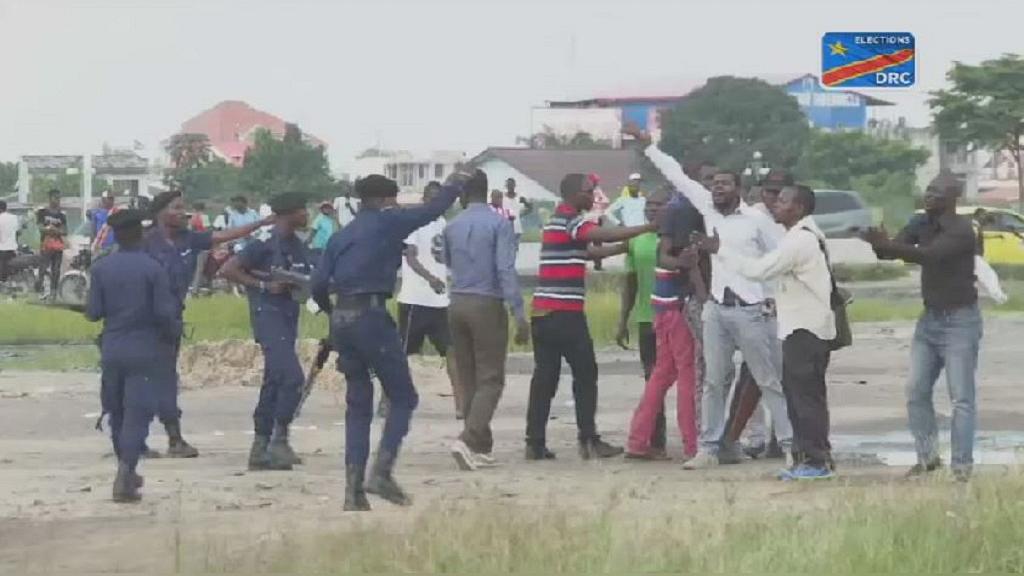 AFP reports that about 300 Fayulu supporters gathered in the city center to hold a public meeting, but they were attacked by a handful of motorcycle taxi drivers.

The pro-Fayulu supporters reportedly threw stones at a group of motorcycle taxis, seriously injuring one of them to the head, AFP said.

The police quickly intervened and dispersed them.

“The people you see are peaceful Congolese citizens who want to demand the truth from the polls. The Supreme Court in collaboration with Felix Tshisekedi and (Joseph) Kabila had to fool the Congolese people. And we know that these elections were not easily won and now we are in a crisis situation,” said supporter, Hudoge Ndombasi.

Fayulu, who declared himself as the only legitimate president of this Central African nation, has since Monday morning being trying to gather his supporters in front of his party headquarters.

His entourage indicated that in the absence of a meeting, the first runner up in last month’s presidential election would not hold a presser.

The situation was rather normal in parts of the city including the vicinity where the clashes occured.

Tshisekedi was confirmed winner of the December 30 polls by the country’s Constitutional Court over the weekend following an appeal by Martin Fayulu, who claimed to have won the polls.