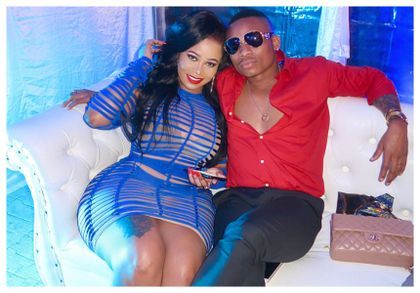 Yes, Vera Sidika could have crashed Otile Brown’s ego when they broke up, but it turns out that the singer harbors no ill feelings towards his ex girlfriend.

Otile Brown was exposed by Vera Sidika as an under-performer in the bedroom. The bootyful socialite publicly announced that the singer was poor in bed and that he never satisfied her for the duration they dated.

The breakup was so messy… Vera and Otile went their separate ways because the latter asked the former for a soft loan of Kes 500,000 and she denied him.

Otile Brown has dropped a new song dubbed ‘Kenyan Girl’ which basically praises women in the 254. He mentions the likes of Betty Kyallo, Huddah Monroe and also his ex Vera Sidika in his song.