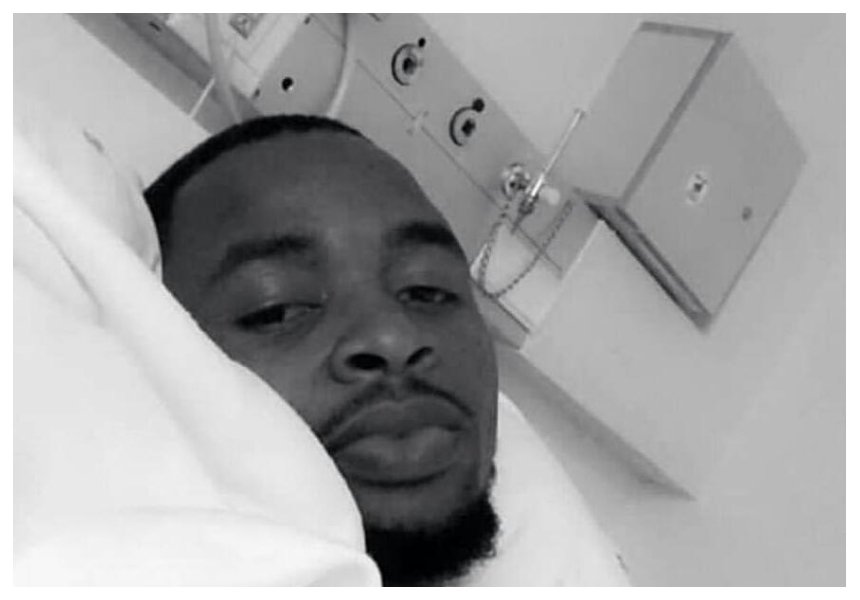 Singer Ommy Dimpoz has made his first public appearance since last year December following his returned to Kenya after his second stint in hospital in Germany.

The Bongo singer had been taken to hospital for a second time for check up after he developed complications in his throat. In the beginning of 2018, the singer was in South Africa for throat surgery in a process that saw him spend about 15 days in hospital.

He was then later taken to Germany in December for check up a thing that started rumors that the singer had passed away.

His manager, together with Mombasa Governor Ali Hassan Joho, however, refuted the claims saying that singer was flown for a routine check up after the surgery.

It seems the surgery was successful and now the singer is back looking better. He has even gained some weight meaning the surgry has really helped.

Singer Willy Paul shared a photo with him and soon, if everything goes as planned, it seems Ommy will be back on his feet and ready to make beautiful music allover again.