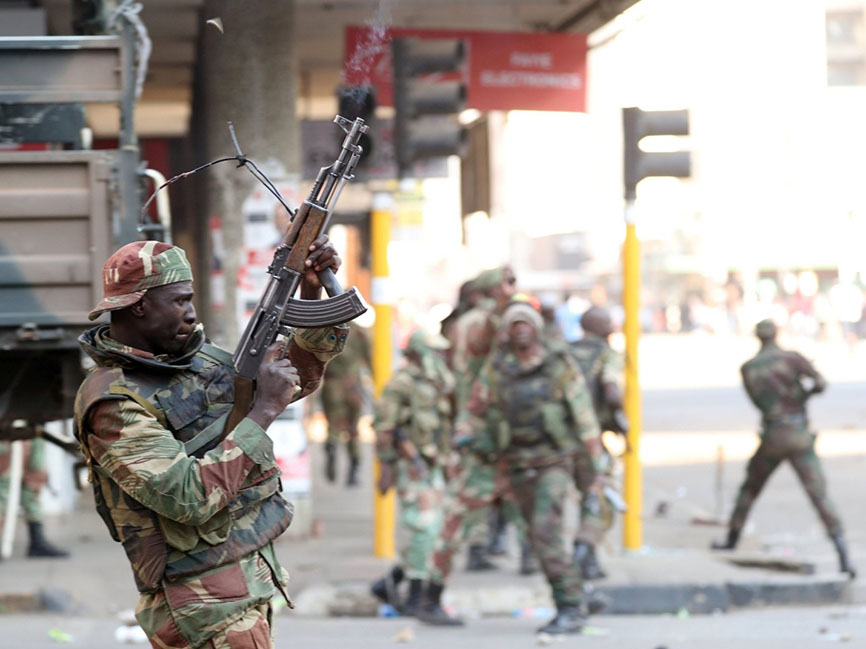 Zimbabwe’s army said on Thursday soldiers accused of beating residents in townships following protests over fuel price hikes were impostors who tarnished the name of the military.

Security forces have been cracking down on violent demonstrations that erupted last week after President Emmerson Mnangagwa decreed a sharp increase in the price of fuel.

Rights groups say a dozen people have died in the unrest, though police put the figure at three.

In a echo of tactics used during the 37-year rule of Robert Mugabe, soldiers have been accused of night raids, and beating residents and activists, in the townships.

“The Zimbabwe National Army has noted with concern allegations of misconduct and acts of violence by people purporting to be members of the organization,” he said.

“The actions by these bogus elements have subsequently put the image of the organization into disrepute,” his statement added, urging residents to report violations to military police.

Mnangagwa, who replaced Mugabe after a de facto coup in November 2017 and promised to break with his strong-arm politics, promised this week to investigate security services’ actions against protesters.

He wants dialogue with churches, civil society and the opposition.

Soldiers continued to patrol in central Harare on Thursday.

Zimbabwe’s Human Rights Commission has accused security forces of systematic torture. The opposition says it fears soldiers are able to shoot and kill without being held accountable, after an official inquiry said the army shot civilians to quell post-election violence last August.

With inflation at its highest since 2008 and a shortage of cash in circulation eroding spending power, the fragile state of the economy is at the heart of the country’s political troubles.