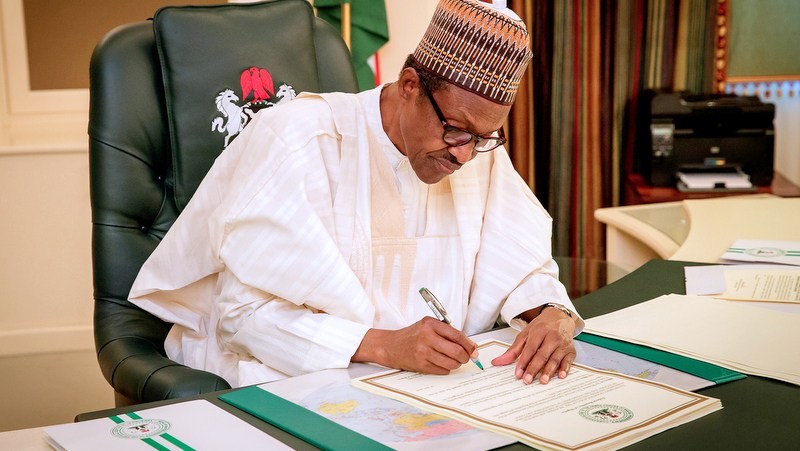 The Nigerian Bar Association has accused the president of an “attempted coup” against the judiciary and constitution. The suspended chief justice would play a role in any dispute following the upcoming presidential vote.

Buhari, who was a military ruler in the 1980s and elected to office in 2015, is seeking a second term in the February 16 election.

The judiciary and chief justice would play a major role in the event of a disputed election. Past elections in the oil-rich and notoriously corrupt country have been marred by irregularities and violence.

The suspension of Walter Nkanu Samuel Onnoghen came as the chief justice was preparing to swear in members for election petition tribunals.

In addition, “the security agencies have since then traced other suspicious transactions running into millions of dollars to the CJN’s personal accounts, all undeclared or improperly declared as required by law,” Buhari said in a statement on Friday. CJN refers to the chief justice of Nigeria.

On Thursday, an appeals court had issued an interim order to stop charges being brought against the chief justice.

However, Buhari accused the courts of “stalling of the trial” under the influence of Onnoghen and his lawyers’ tactical moves.

He was therefore forced to suspend Onnoghen because the judge didn’t voluntarily step down and swear in Justice Ibrahim Tanko Muhammed as Nigeria’s most senior judge, Buhari said. He said he was acting on the directive of the Code of Conduct Tribunal.

Under Nigerian law, the chief justice would only have to step down if convicted or if the Senate upholds a presidential request to do so by a two-thirds majority.

Muhammed, like the president, is from Nigeria’s largely Muslim north while Onnoghen is from the predominately Christian south. Buhari has been accused of stacking his government with people from the north.

In a statement, Abubakar accused Buhari of attempting to affect the outcome of the presidential election.

“This brazen dictatorial act is the latest action in the ongoing rape of our nation’s hard earned democracy by those who dined with anti-democratic forces and is symptomatic of the increasing desperation that President Buhari and the cabal pulling the strings have as February 16, 2019 draws near,” he said in a statement.

The Nigerian Bar Association condemned an “attempted coup” against the judiciary and suspension of the constitution by the president.

“The action of the Executive portends a slide into anarchy and complete deconstruction of the rule of law and due process. It amounts to an absolute breach of the constitution and the usurpation of the powers of the Senate and the Nigerian Judicial Council,” it said in a statement.

The United States and Britain have also said anyone involved in vote interference and violence would face consequences, including visa restrictions.