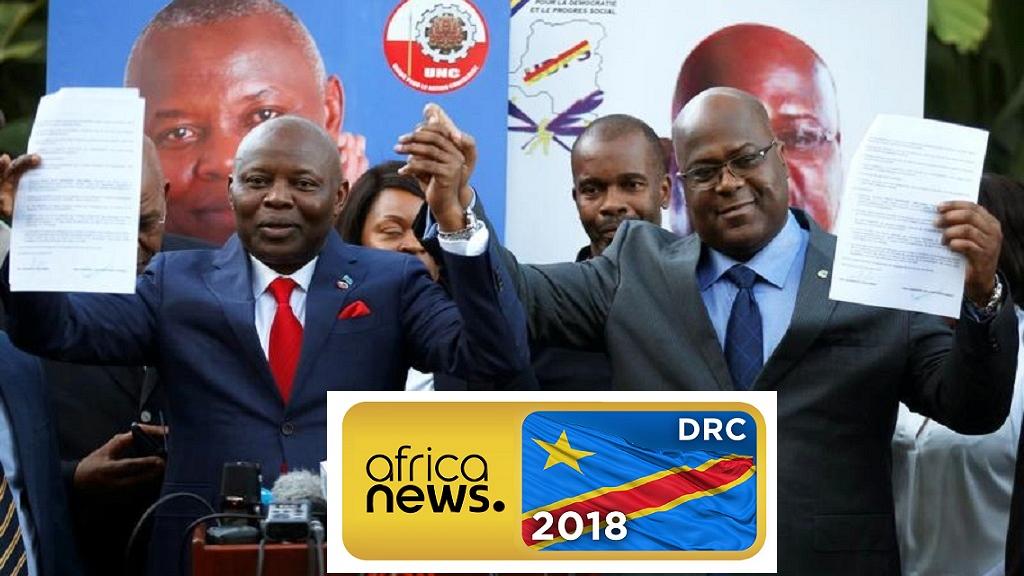 New President of the Democratic Republic of Congo, DRC, Felix Tshisekedi, has named his coalition partner and political heavyweight, Vital Kamerhe, as his chief of staff.

The appointment is among the first senior positions to be filled by the president who took office last week in a historic inauguration – the first peaceful transfer of political authority.

A January 25 executive order issued from the presidency appointed Kamerhe for the post of Chief of Staff with the order taking immediate effect. Another order named deputy Chief of Staff as Desire-Cashmir Kolongele Eberande.

Tshisekedi pulled out of an opposition coalition agreed in Geneva, Switzerland only to announce a two-man coalition with Kamerhe weeks later in Kenyan capital, Nairobi.

The Cap for Change, CACH, coalition had an agreement that Kamerhe will become Prime Minister under a Tshisekedi presidency. But the current political dynamics will not allow for that.

According to the results of the December 30 elections, the pro-Kabila coalition, the Common Front for Congo won 288 of the 500 seats in the Congolese national assembly.

The FCC has thus exceeded the threshold of 250 seats needed for a majority out of a total of 500.

The CACH coalition – made up of Tshisekedi’s Union for Democracy and Social Progress (UDPS) and its Union for the Congolese Nation (UNC) affiliate only managed 46.

Kabila to loom large over Tshisekedi

According to several sources interviewed by AFP, Tshisekedi and Kabila have worked out an arrangement that gives the outgoing president considerable influence in the former’s administration. Kabila would also also have some sort of veto power on appointments in strategic positions such as defence, finance, and Governor of the Central Bank.

Martin Fayulu has denounced Tshisekedi’s victory and apparent power-sharing deal with Kabila as an ‘electoral coup’. He claims he won the race with 61% of the vote. His claims are backed by the church.