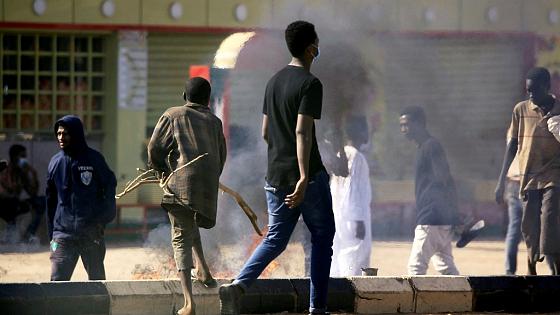 The Sudanese army issued a statement on Wednesday saying it would not allow the state to collapse, following weeks of mass protests demanding an end to President Omar al-Bashir’s 30-year rule.

Some activists had been calling for the military to back the protesters and pressure the government to step down.

“The armed forces will not allow the Sudanese state to fall or to slide into the unknown,” said General Kamal Abdul Maarouf, chief of staff of the armed forces, in a statement.

He said those leading the protests were hostile to Sudan and were hurting the country’s image.

Addressing soldiers this month, Bashir, a 75-year-old former paratrooper who seized power in a bloodless coup in 1989, said he would only move aside for another army officer, or at the ballot box.

The protests were triggered by price increases and cash shortages but quickly developed into demonstrations against Bashir.