US imposes visa restrictions on Ghana over deportee row 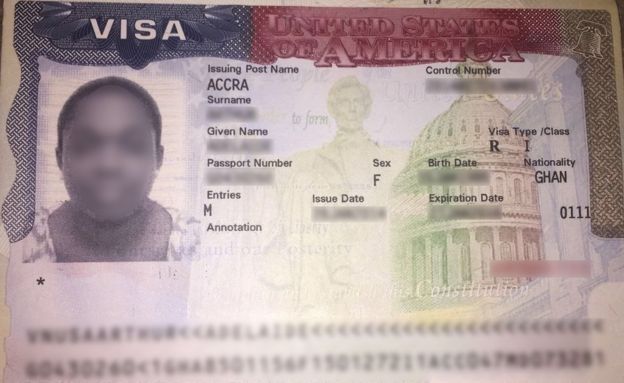 The US has imposed visa restrictions on Ghana for refusing to accept the return of 7,000 Ghanaian nationals that it wants to deport.

The US embassy in Accra will limit the awarding of visas to certain applicants, such as the domestic staff of diplomats posted to America.

The sanctions could be expanded to include other categories if the issue was not resolved, US officials warned.

Last year, Ghana had questioned the deportees’ nationality and treatment.

But last September, the country’s ambassador to the US, Baffour Adjei-Bawuah, was quoted by local media as saying that an agreement had been reached to return the deportees.

The US accuses the 7,000 deportees of being guilty of immigration offences, including abusing the terms of their visas.

“Ghana has failed to live up to its obligations under international law to accept the return of its nationals ordered removed from the United States,” US Secretary of Homeland Security Kirstjen Nielsen said on a statement on Thursday.

Last year, the Ghanaian authorities said they had delayed the process so they could vet the deportees and confirm their nationalities.

They had also raised concerns about their inhumane treatment by US officials.

There were reports that some deportees were handcuffed and forced aboard a plane to Ghana but the US denied the reports, Ghana’s Citi Newsroom reports.

From Monday 4 February, no visas would be issued to domestic employees of Ghanaian diplomats in the US, the statement from the US embassy in Ghana said.

Government and parliamentary employees and their families were also to be targeted with restrictions such as limiting the number and length of visas granted.

But a lack of adjudication of a visa application did not mean a visa denial, it just meant it would remain pending until the restrictions were lifted, the embassy said.