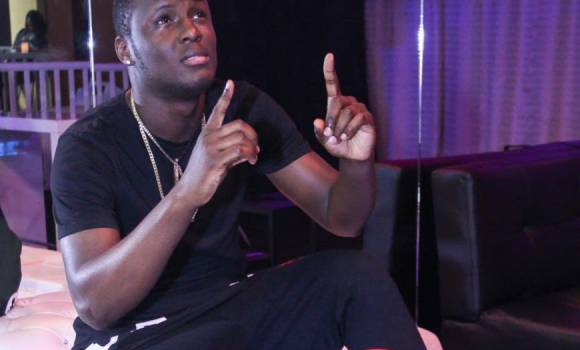 Charly is an inspired singer, dancer, and comedian, whose dreams all started at the age of two. His skills are top notch and he loves what he does. Charly was born in Abidjan, Ivory Coast. This African man success was born in a family of dancers and surrounded by those who love music. In Abidjan, Charly grew up with a lot of girls. These women took care of him and inspired him to reach for his dreams and goals in life. He came to America with his sister, Karen in 2008 by his mother and grew up with his STEP father, mother and little sister. His family remains in Chicago. Being the big brother he cares about his little sister, and from his childhood he has only been taught to treat women with the utmost respect.

Charly’s biggest challenge was steering his life out of the life of a soccer player. He was accepted to several colleges who sponsored him with SCHOLARSHIPS to play soccer for their universities; Charly realized that his true passion lie in being an entertainer with his singing and dancing. When Charly performs and dances, he aims to make the crowd laugh, so we call him a comedian as well.

Charly is creating a CAREER where his goal is to bring music to the African community: Liberian, Nigerian, Ghanian, Zambian and Ivorian. With his own twist and variety on music, people will appreciate the difference he is going to make. Charly is an artist who wants to break through all stereotypes of African genres. Charly says, ” I want to show people I can do so many different things, and I want to combine different types of music from all African stars. This would be done and all would become one in my albums.

Charly is another big dreamer of ours who has future long-term goals to make an impact on our community. In the future, Charly will help talented individuals who are serious about investing in their futures as artists. The aim is to build a dance studio with a recording studio that sponsors upcoming artists. Charly wants this to be a foundation for serious aspiring artists to make it into the future. This foundation will impact the community of music and performance in the world. The hope is also to have others who believe in this dream help support and CONTINUE to push these talented African success stories to the top.

Before I forget,charly’s He’s passionate about his CAREER and is open to creating a life of love and accomplishment. As for personal love in his life, that’s something you ladies will have to explore. Charly respects the women that have impacted his life and believes that every woman should be treated like the queen she is. Stay tuned for this upcoming African success!!!

Charly is Managed by: Rufus Battaforyne