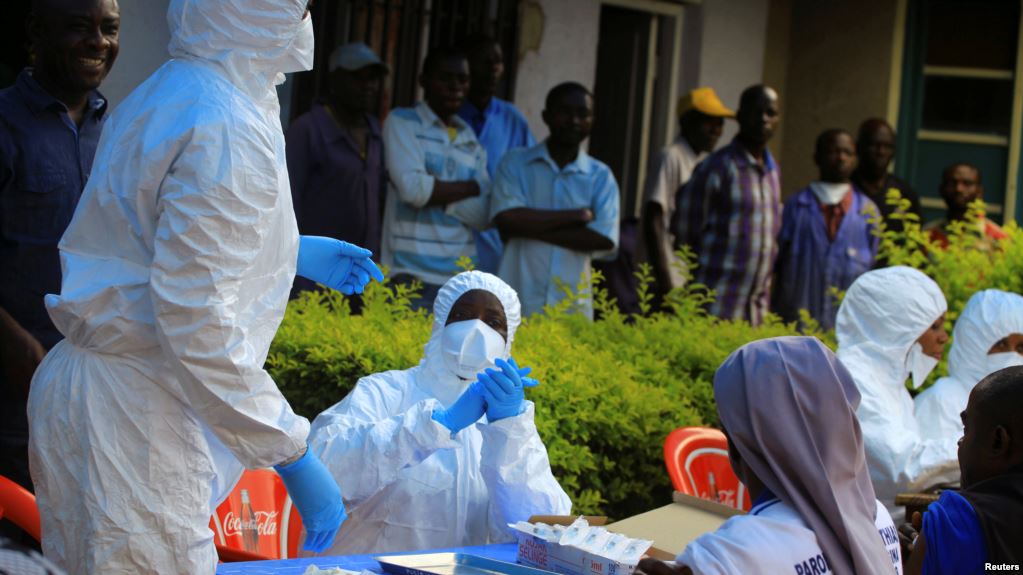 Congo has begun the first-ever trial to test the effectiveness and safety of four experimental Ebola drugs, the first time scientists have directly compared such treatments, the World Health Organization said Monday.

The U.N. health agency described the multi-drug trial as “a giant step” that would “bring clarity about what works best.”

“While our focus remains on bringing this outbreak to an end, the launch of the randomized control trial in DRC [Congo] is an important step toward finally finding an Ebola treatment that will save lives,” said WHO Director-General Tedros Adhanom Ghebreyesus.
Since the beginning of the Ebola outbreak in the North Kivu province in August, four therapeutic drugs have been used to treat patients, namely mAb 114, ZMapp, Remdesivir and Regeneron, according to Congo’s Health Ministry.

To date, more than 160 people have been treated with these experimental drugs. Patients won’t be treated much differently than before, but scientists will now have a clinical trial framework to collect data on the three antibody treatments and the antiviral.

Congo’s Health Ministry said the clinical trial began last week in Beni with Zmapp, mAb 114 and Remdesivir. The test could be extended to other sites and include the fourth medicine, it said. The number of patients who participate “will depend on the evolution of the epidemic and the willingness of patients to participate.”

Congo, with poor infrastructure, presents a difficult environment for administering these treatments. ZMapp is difficult to use; it takes three infusions, given over hours. If patients are treated with Remdesivir, their liver function must be analyzed regularly. Read more