Home CELEBS Hot News Buhari failed to fix Nigeria's economy. But he may still have the...
CELEBSHot News

Buhari failed to fix Nigeria’s economy. But he may still have the edge 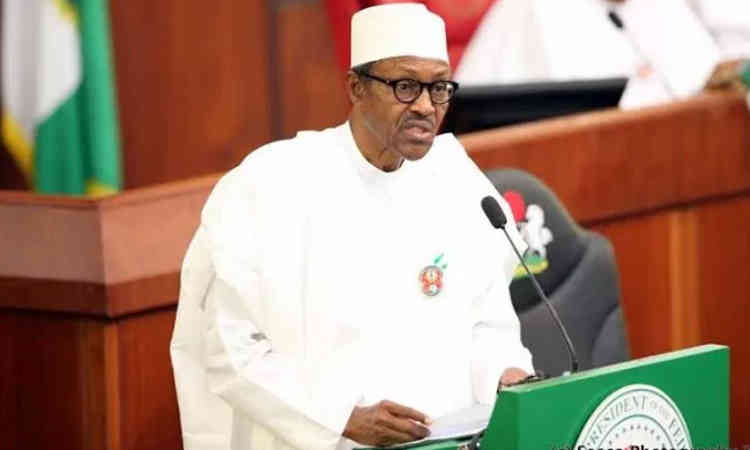 Muhammadu Buhari’s election four years ago as Nigerian president was greeted with great enthusiasm, and expectation. US President Barack Obama invited him to the White House less than two months after his inauguration, an honour rarely accorded to newly elected African leaders. Many Nigerians saw Buhari as a messiah rescuing them from years of economic disempowerment, institutionalised corruption and insecurity.

These high hopes were unsurprising. The Nigerian economy, though growing at a robust rate, wasn’t benefiting most Nigerians. Unemployment, especially among young people, was widespread and growing. The World Bank estimated Nigeria’s poverty rate to be as high as 70%, an embarrassing number given that the country is ranked as the eighth largest oil exporter in the world.

The result of the toxic combination of high joblessness and poverty rates, is a life expectancy of 55 years, one of the lowest in developing countries.

As Buhari prepares to go to the polls, pundits have been analysing his scorecard and asking whether he deserves another four years in office.

What is clear is that, this time around, his re-election campaign has not been greeted with the same level of enthusiasm. Some analysts, including the London-based Economist Intelligence Unit, have gone as far as to predict that he will lose the election.

Why the change of fortunes? The answer seems to lie in the fact that most of the things Nigerians complained about in 2015 are still unresolved. In particular, unemployment, poverty and economic disempowerment remain firmly in place.

Since Buhari came to power, Nigeria’s unemployment rate has more than doubledfrom 10.4% in January 2016 to 23.1% in July 2018. In June last year CNN reportedthat Nigeria had overtaken India as the country with the largest number of people living in extreme poverty. About 87 million Nigerians, or half the population, live on less than $1.90 per day.

The big question is: can Buhari win reelection amid his disappointing economic performance? I believe that he will, in fact, win the election. But this will be for reasons to do with the weakness of other candidates, rather than his own strengths.

When he came to power in 2015, Buhari promised to tackle three interrelated problems: corruption, insecurity and the economy. Of the three, Nigerians regarded economic problems as paramount. But the administration appears to have focused on corruption and security issues and paid less attention to the economy.

For example, Buhari failed to prevent an impending recession that followed the collapse of oil prices in 2015. This was because he didn’t prioritise the economy and took too long to articulate an economic transformation strategy.

Another example of lack of focus on the economy was his meeting with US President Donald Trump in April 2018. Buhari asked for fighter jets, not economic support.

Critics also point to the fact that Buhari ceded the management of the economy to his vice president Yemi Osinbajo. Though a brilliant lawyer, Osinbajo had no background or experience in economics. To make matters worse, Osinbajo surrounded himself with incompetent and inexperienced advisers.

Buhari claimed he was unable to jump-start the economy because of falling oil prices and dwindling government revenue. Before he came to power the oil price was as high as $108 per barrel. It plummeted precipitously to $63 the month he was sworn in as president. The oil price continued to slide during the early stages of his administration, reaching an all-time low of $35 per barrel in February 2016.

The collapse affected Buhari’s ability to put together a coherent budget. For instance, his 2016 budget had a deficit of over 2.2 trillion Naira. His attempt to borrow $30 billion to finance the deficit was vehemently opposed by the country’s lawmakers. Nor was public opinion favourable about an external loan. This forced the administration to pare down the number of projects it intended to undertake.

Because of the administration’s inability to implement an expansionary fiscal policy, the economy has been grappling with anaemic growth since Buhari’s election. The country went into recession in 2016 followed by a rebound to about 2% in 2018. But the IMF projects that growth will remain weak at an annual average of about 1.9% from 2019 to 2023.

Buhari’s scorecard in fighting corruption has been mixed. On the one hand, he has prosecuted high-profile politicians, civil servants and retired military officers for corruption and secured convictions in a handful of cases. His administration has also recovered billions of Naira in stolen assets from corrupt Nigerians.

Scores of corrupt politicians and government officials, including the Chief Justice of the country’s Supreme Court, are currently undergoing trials for various forms of financial impropriety.

But Buhari’s anti-corruption efforts have been marred by the perception that they have been selective and targeted mostly at members of the main opposition party, the People’s Democratic party.

And his failure to prosecute a prominent state governor who is one of his close political allies, after the governor was shown on video collecting several thousand dollars in bribes, has accentuated the perception that he is only interested in prosecuting his political enemies.

Another political ally, a former Secretary to the Government of the Federation, also got a pass from Buhari after being credibly accused of corrupt practices.

Despite these shortcomings, Buhari’s campaign against corruption is regarded by many Nigerians as the most intense the country has ever seen.

Buhari is likely to win not because he has fulfilled the expectations of Nigerians, but because his main opponent, former Vice President Atiku Abubakar, is a weak candidate who carries a lot of baggage.

Abubakar is a very prominent and wealthy businessman. But his business credentials and the source of his wealth are controversial. Many believe he made his money through cronyism and questionable activities rather than through genuine entrepreneurship.

Nigerians will be faced with a Hobbesian choice between two problematic candidates. In that choice, Buhari seems to have an edge over Abubakar.

This article is republished from The Conversation under a Creative Commons license. Read the original article.