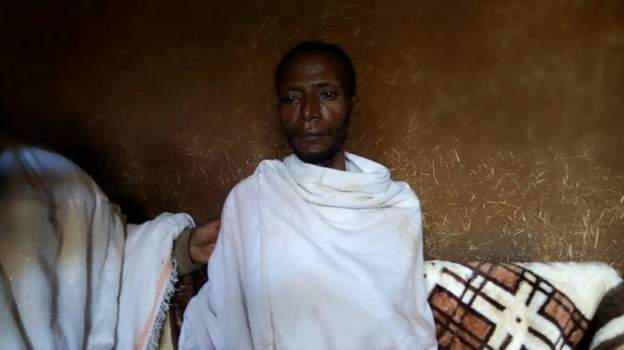 An Ethiopian man who woke up in his coffin during his burial two months ago has died.

Hirpha Negero was pronounced dead in November and was placed inside a coffin, where he lay for five hours, but during the funeral villagers heard knocking from inside the coffin.

Mr Hirpha told the BBC at the time what he experienced:

Quote Message: I heard someone crying. I was suffocating and trying to tear away the shroud. I was so weak, unable to speak out.”

I heard someone crying. I was suffocating and trying to tear away the shroud. I was so weak, unable to speak out.”

Then he said he managed to start calling, “Is there anybody around?”

The village undertaker Etana Kena said that people were shocked and ran away and he had had to open the coffin alone.

After the initial shock, the burial ceremony then turned into a celebration.

The undertaker, who is also Mr Hirpha’s uncle, said: “I have buried more than 50 or 60 bodies. I have never anything seen like this before. He seemed to be dead.”

Mr Hirpha said he had had visions when he was unconscious of “a beautiful green place” where a man dressed in white told him to “go back”.

Dr Birra Leggese told the BBC that Mr Hirpha had probably been in a “deep coma”.

The same undertaker buried Mr Negero for the second time on Thursday, one day after he died.

He said that this time he was certain his nephew was dead because he had witnessed his long sickness.