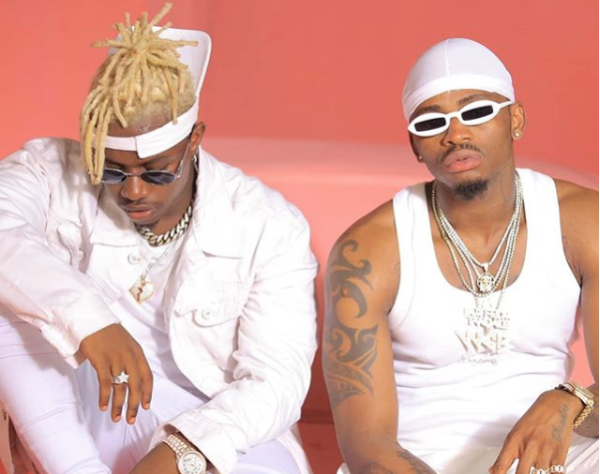 Diamond Platnumz and Rayvanny have done it again!

Tanzanian musicians Raymond Shaban aka Rayvanny and Nasib Abdul aka Diamond Platnumz have released a new song called “Tetema.”  The new release comes barely two weeks after they announced that they are working on some new music. The Tanzanian music regulatory authority BASATA recently lifted the ban that restricted them to release new music, not to perform their ‘explicit’ “Mwanza” song and restricted their performances in and out of Tanzania.

The audio release already has over 50,000 views on Youtube and is available on all major music streaming platforms including iTunes. Vanny Boy posted about the song on his social media complete with a fun video of him, Diamond and friends busting a well-choreographed move to the song.

This is not the first time that these two Bongo stars have come together to release a hit, they have previously collaborated on songs such as “Mwanza”, “Iyena” and “Salome”.

But unfortunately for most of us our role as gardener has never been explained to us. And in misunderstanding our role, we have allowed seeds of all types, both good and bad, to enter our inner garden.